Today is the drive up to Quebec City and to visit some places between if possible.  Due to the unexpected weather, we decided against going to Burlington today.  There was a fresh dump of snow last night which was estimated to be 6 inches.  Instead of doing Burlington, we decided to just go to Haskell Library.

Haskell Library was built before a time when the countries cared about how far away from the border buildings could be built.  This library happens to be built along the border.  Yes, half of the building is in USA and half of it is in Canada.  I actually found this area pretty weird since there is no actual border.  You are free to just into Canada and walk back to USA as you please. 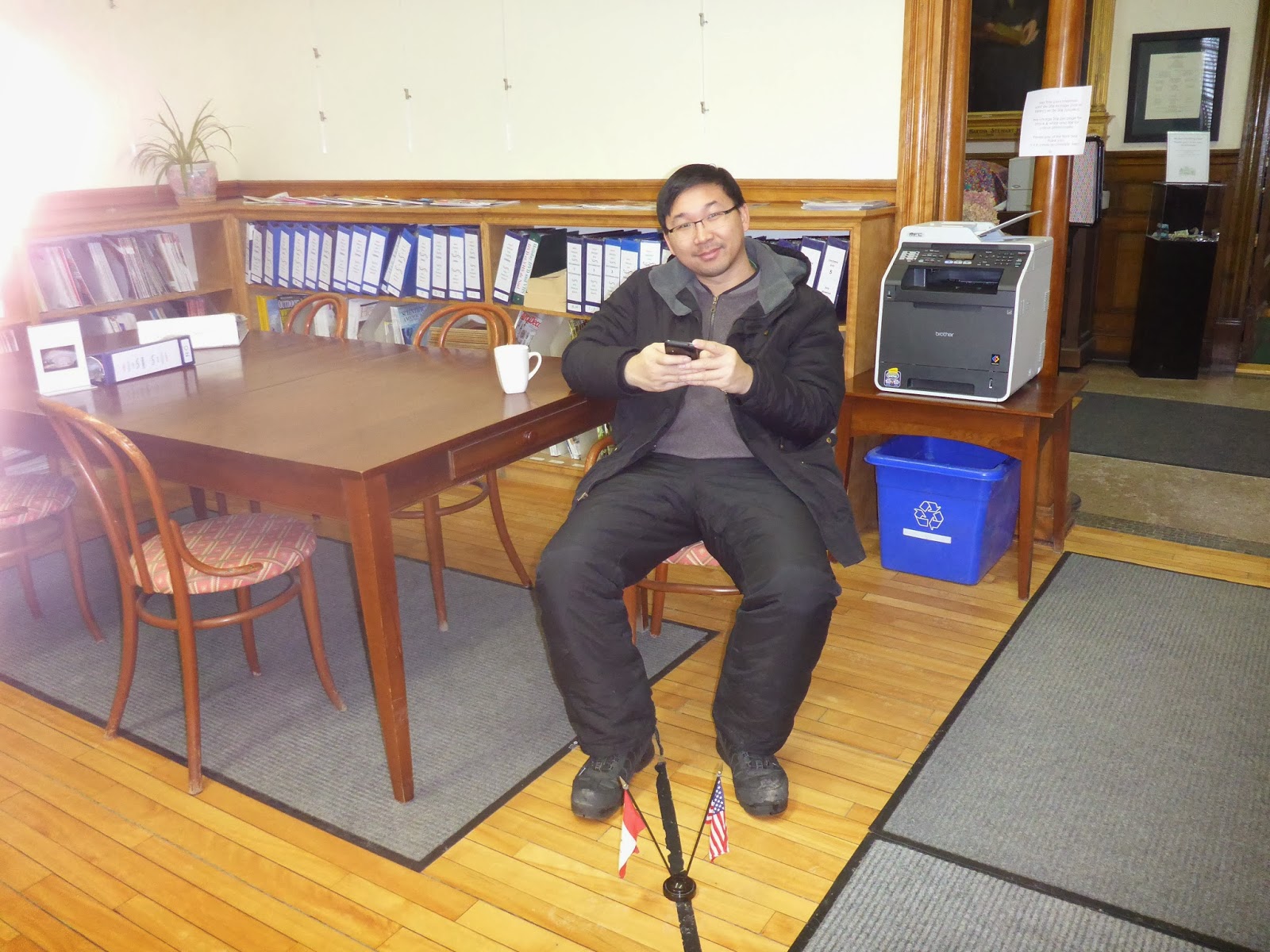 The drive from Vermont was actually worse than expected.  There was a lot of snow everywhere and I wasn't familiar with her car, but we made it safely to Quebec City.  The hostess was gracious with providing us with a wealth of information on where to stay, what to do, and where to eat.

We had dinner at La Fabrique, which had both smoked meat and poutine.  Both of which I thought were great, although it may have to do with the fact that I haven't had either in a fairly long time. 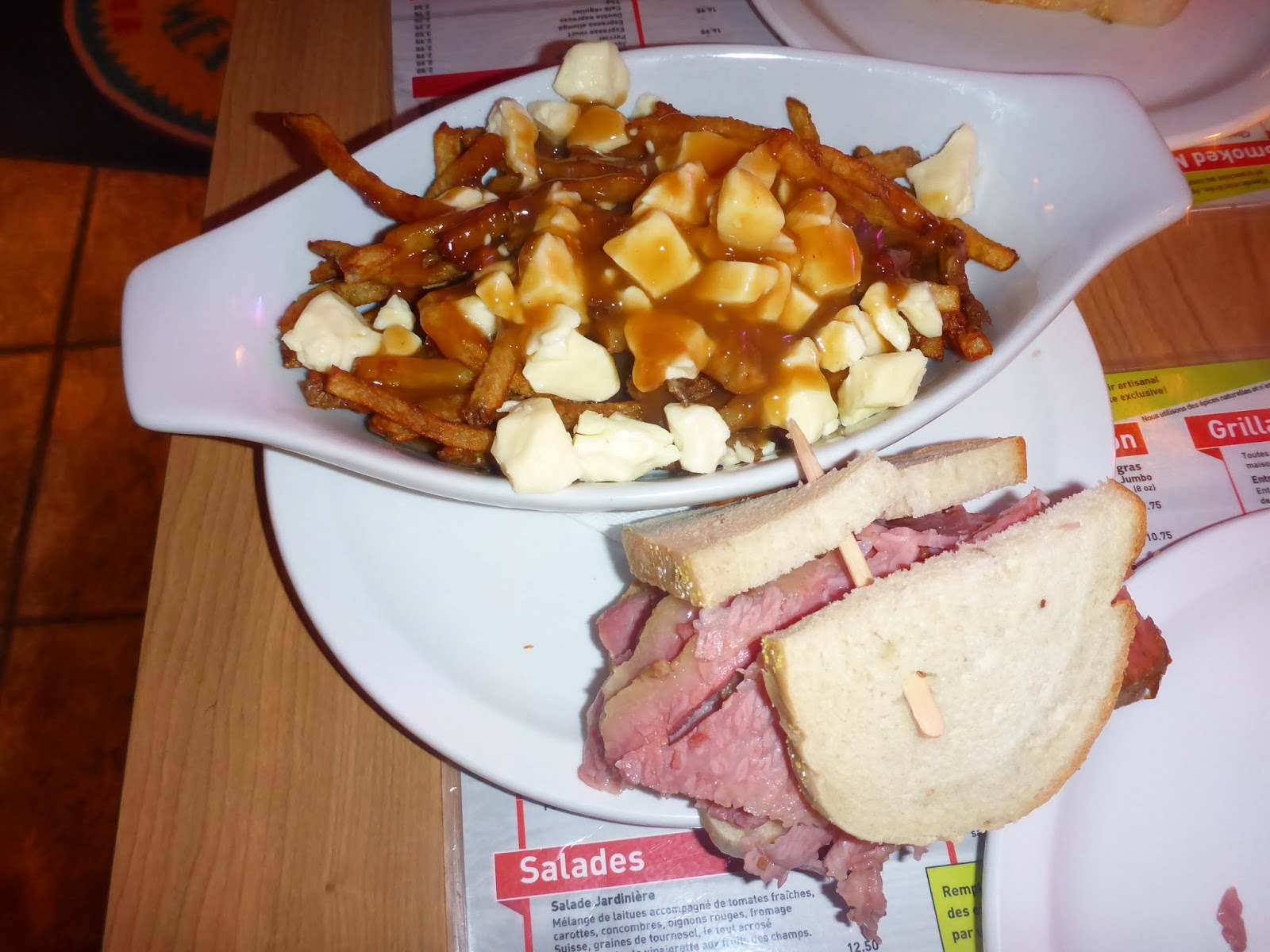 And in order to work off the dinner, we found a park and had some fun in the snow. 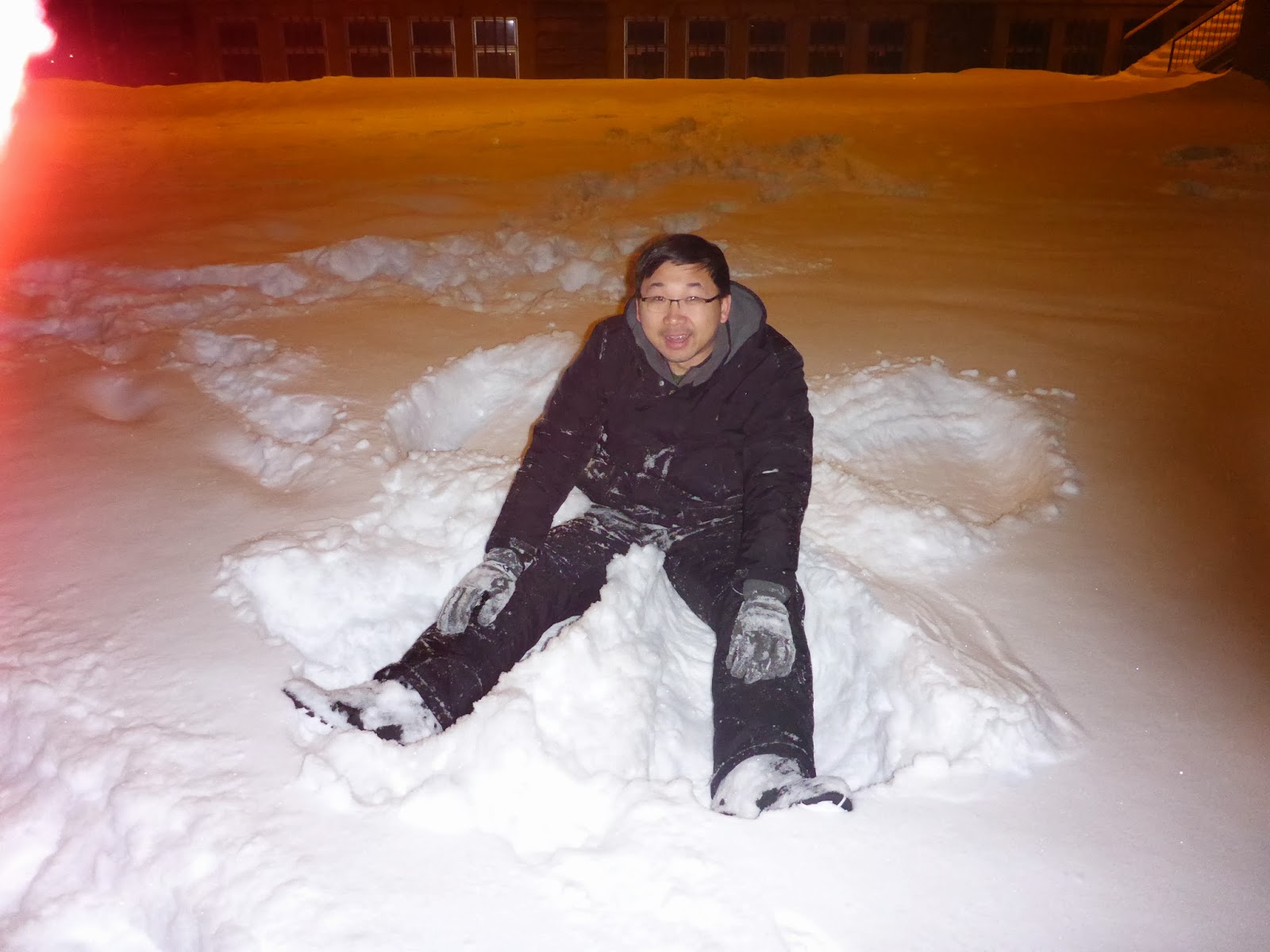