I thought that it would be a good idea to keep track of the places that I have been to on a monthly basis.  The initial idea behind this blog was to keep track of places that I would visit while I was away from home, but I think it is equally as important to enjoy the things that are more local.  For the time being, these posts will be just for our one day events and I will have daily posts while I am gone for extended periods of time.  These posts will be an amalgamation of all the places that I have visited over the course of the month.

Earl Bales Park - Toronto (Bathurst St/ Sheppard Ave)
A local city park of mine which is home to ski lifts!  You can actually go here to take lessons if you wanted to learn snowboarding or skiing and don't need to travel very far to do so!  During the summer months, it looks slightly odd though, since it is a giant hill as shown. 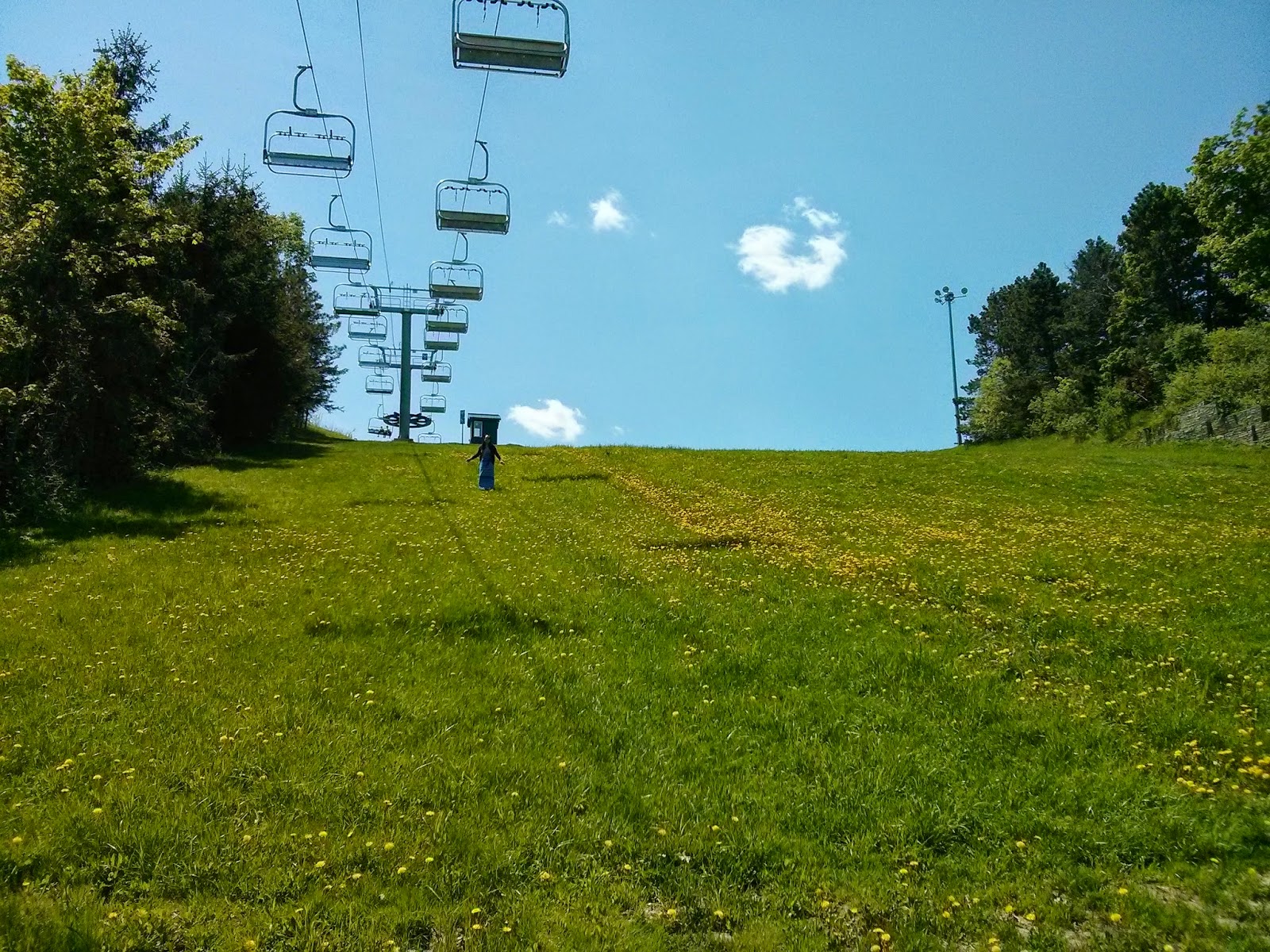 There is a nice trail which connects to the Don Valley Golf Course.  There is a fair sized pond that had a lot of what looks like goldfish to me (I'm pretty bad with fish types). 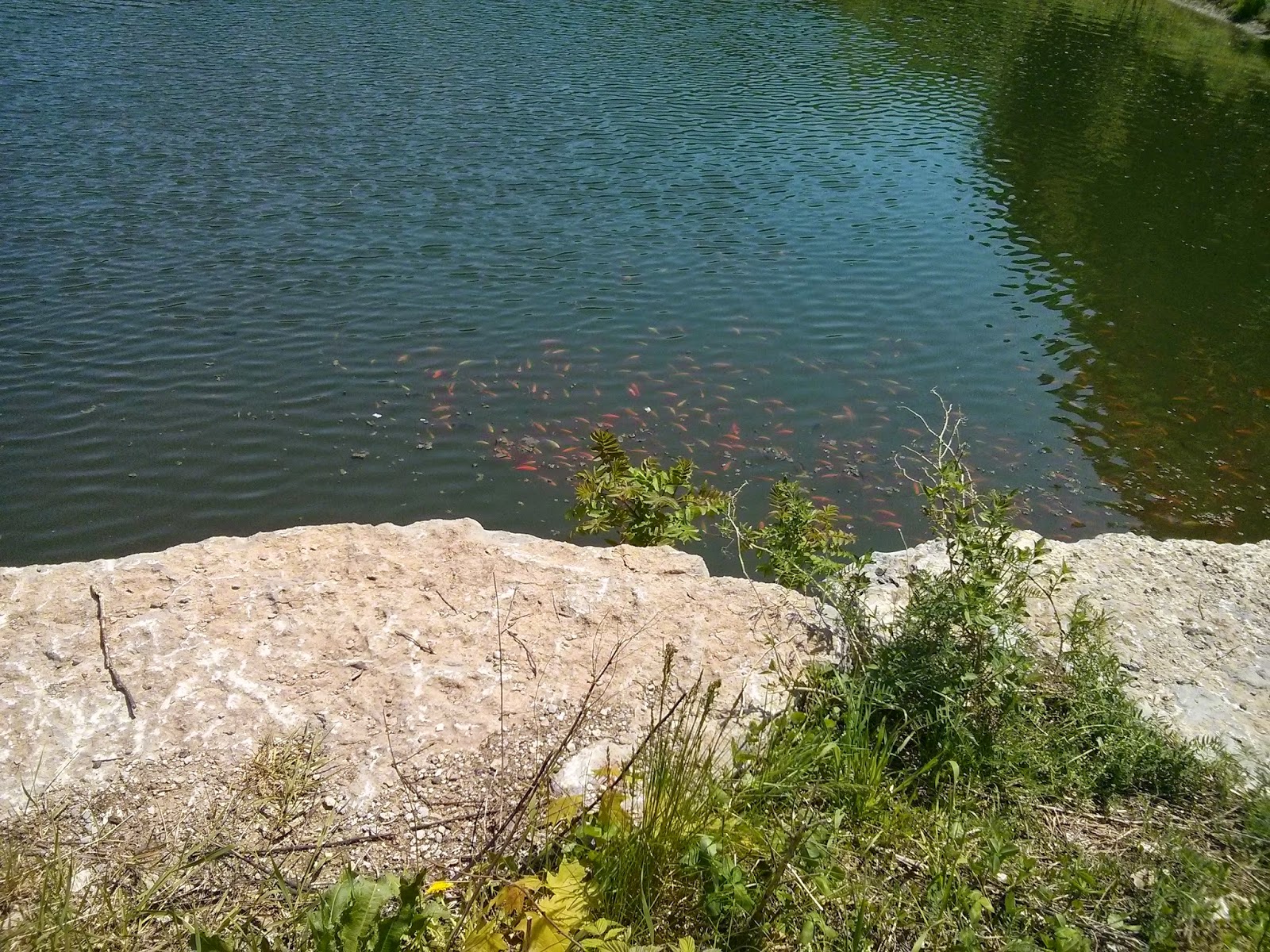 Rosetta McClain Gardens (Birchmount Rd / Kingston Rd)
A friend of mine suggested that we visit some of the parks in Scarborough and so we did!  First stop was Rosetta McClain Gardens.  The parking situation here could use some work, but we parked nearby in the residential areas.  A nice park, although not very big.  If you wanted to go for a nice stroll, this is probably not the place.  It does have a nice fountain in the middle with some really old looking trees.  Has a nice view of Lake Ontario (which is surprisingly not polluted looking). 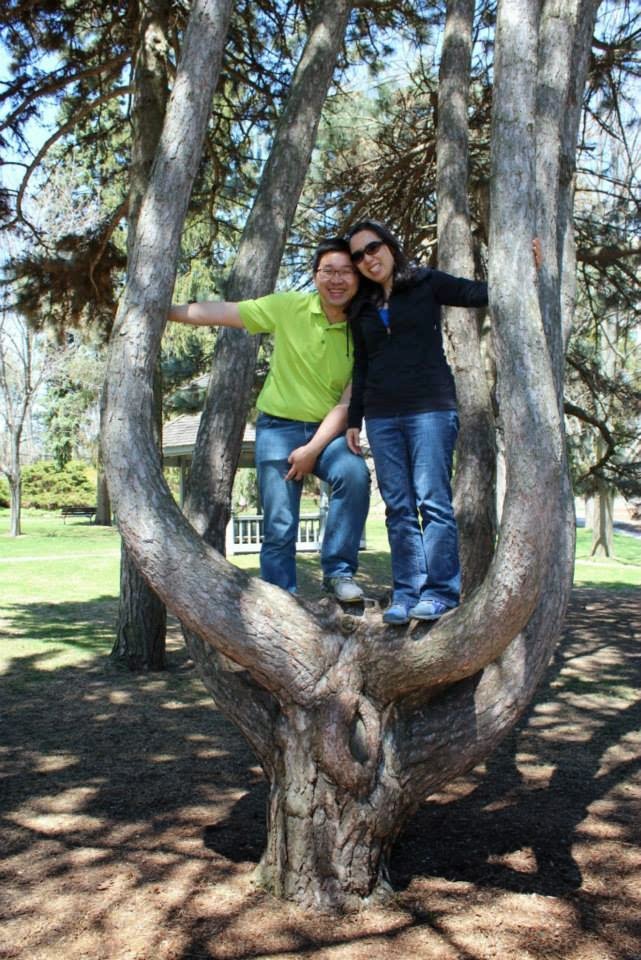 Scarborough Bluffs Park (Midland Ave / Kingston Rd)
Next stop was Scarborough Bluffs Park.  Don't mistake this for the park that is at the end of Brimley Road South, this one is actually near the end of Midland Ave.  It is roughly a 15-20 minute walk from Rosetta McClain Gardens.  Nice lookout point where you can see a lot of the Scarborough Bluffs Park that most people know with the beach and the boats as well as all the picnic/BBQ spots.  It is actually fenced off since it looks pretty dangerous (some people must have fallen off the cliff since the fence is fairly far inland to the point where you cannot see much).  If you are brave enough to hop the fence, you will see some of the following views. 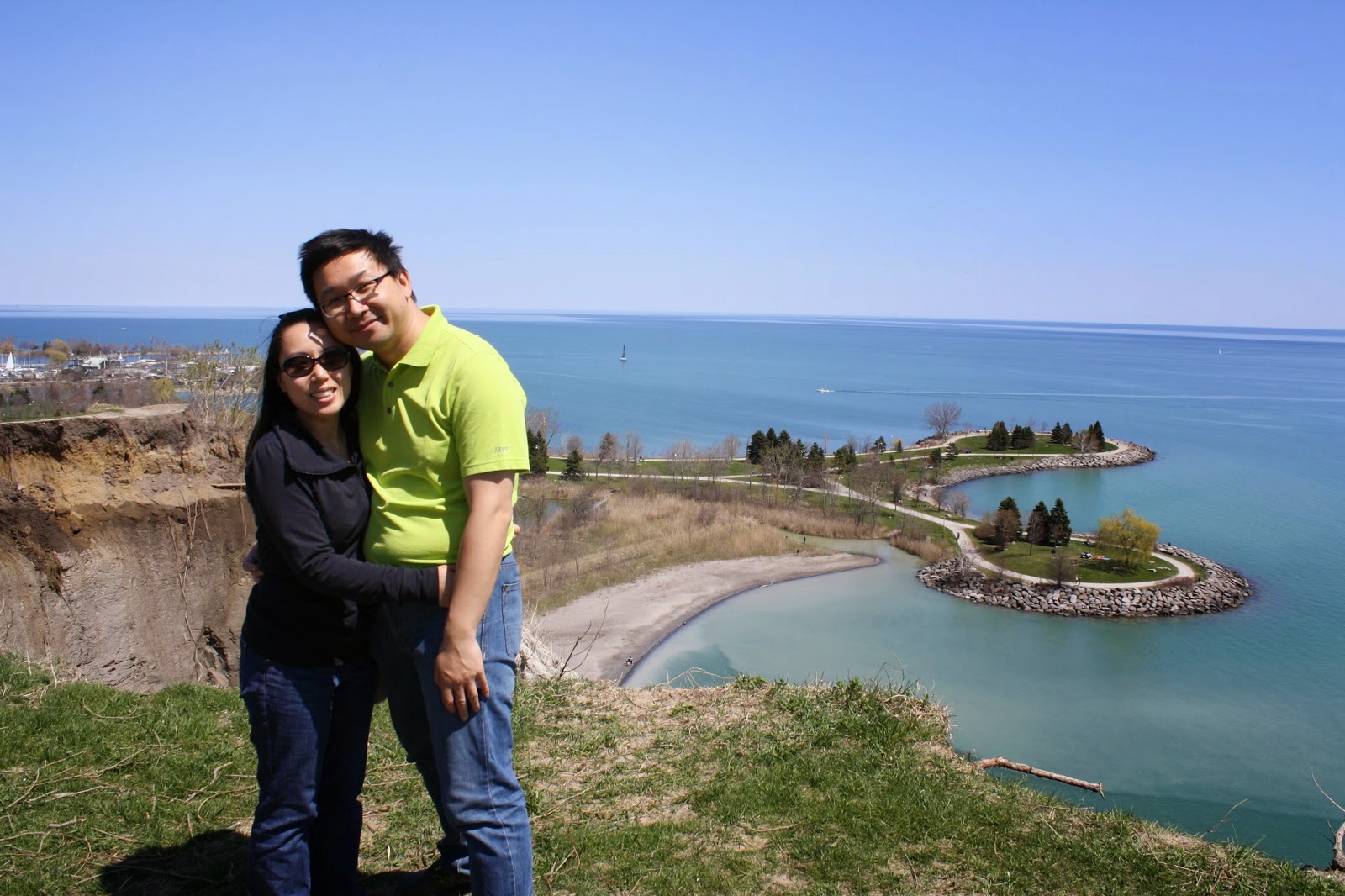 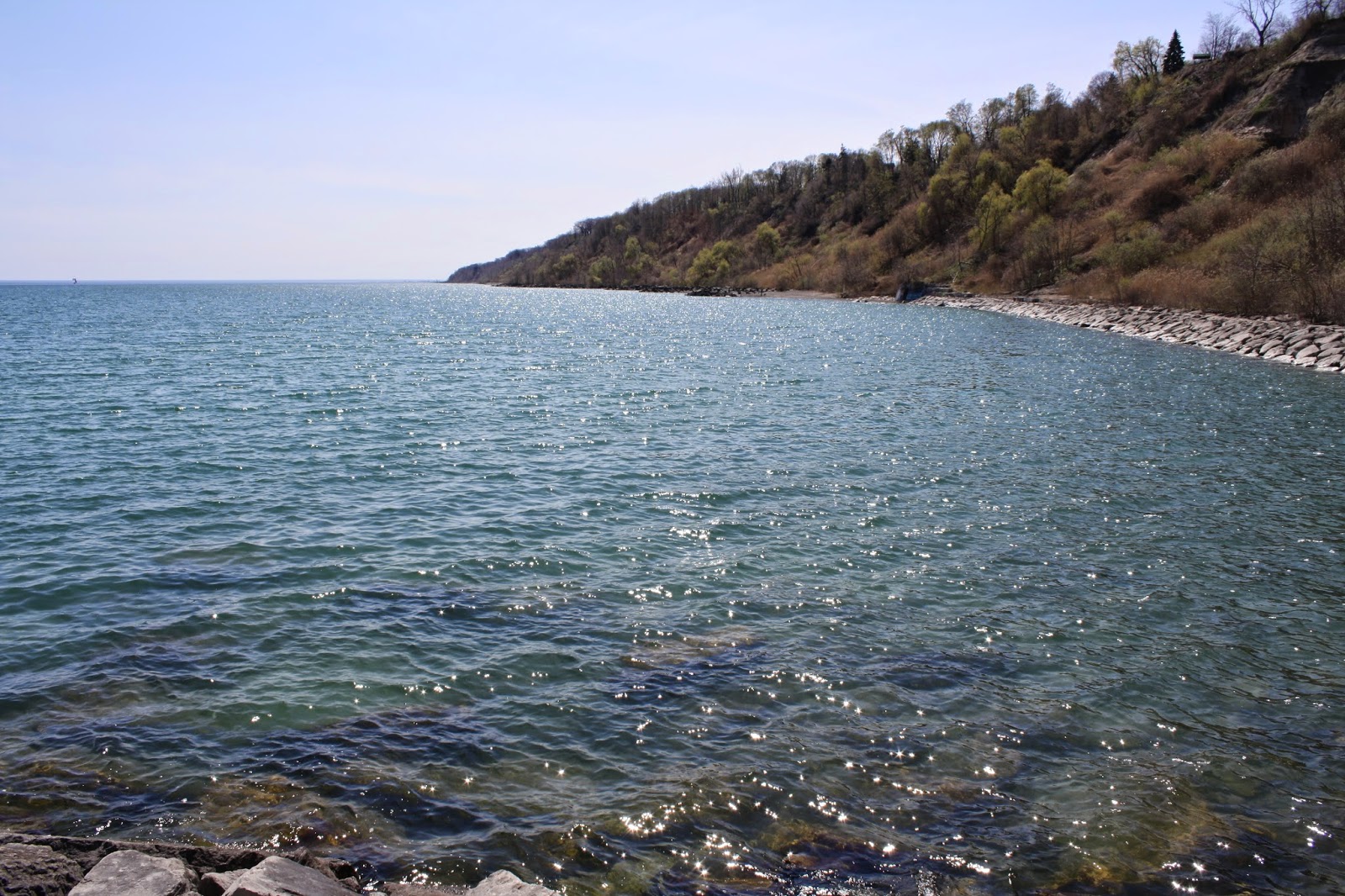 Guildwood Park (Kingston Rd / Guildwood Parkway)
If you wanted to go see Italy but can't afford the ticket, you may appreciate some of the pieces here.  Roughly a 15 minute drive from Scarborough Bluffs Park is Guildwood Park, home to architectural fragments of demolished buildings.  You can definitely see where some of the inspiration comes from.  There is a decent size theatre, a bear which both Allison and myself failed to climb, a lot of arches and lots more. 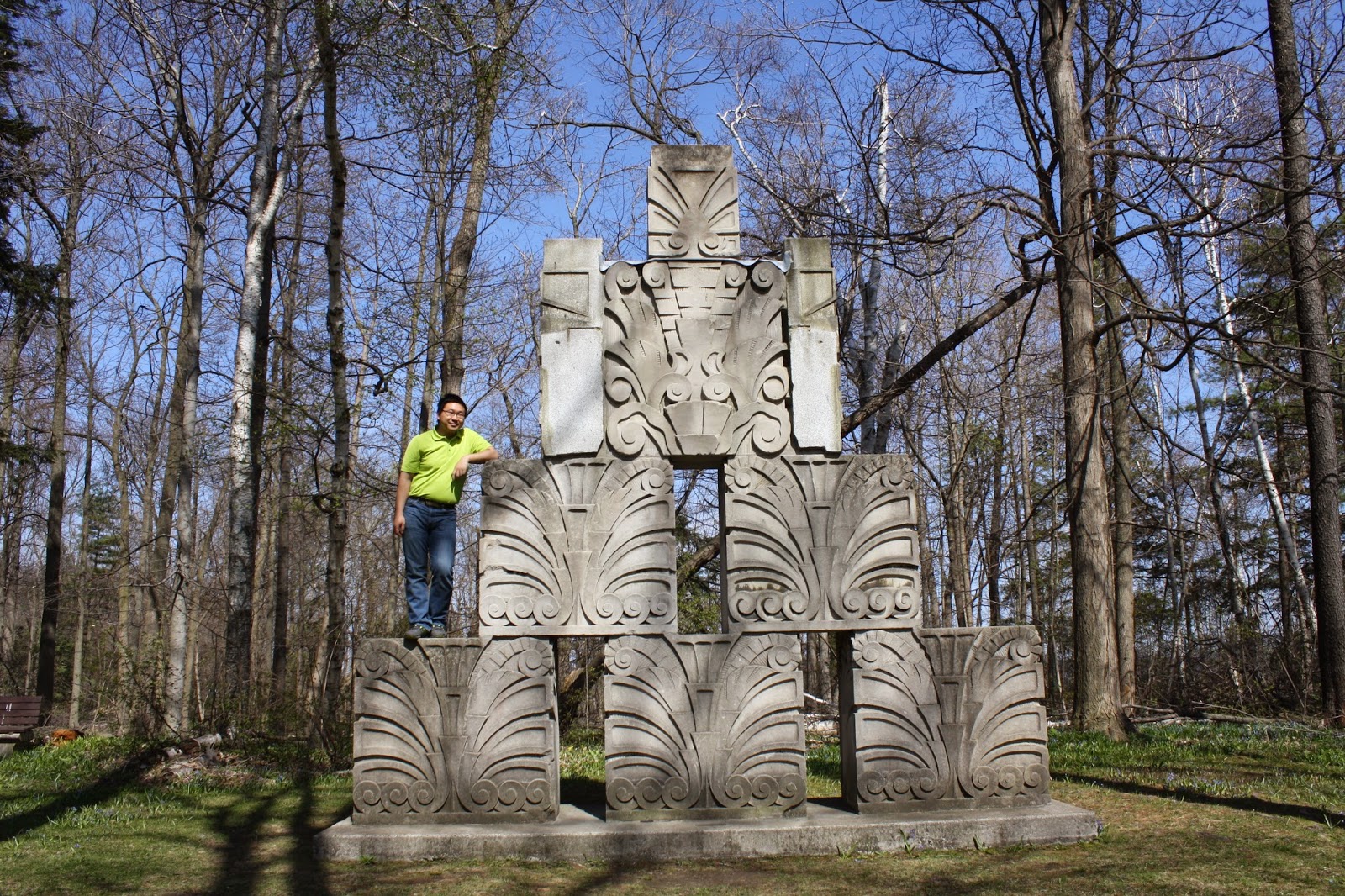 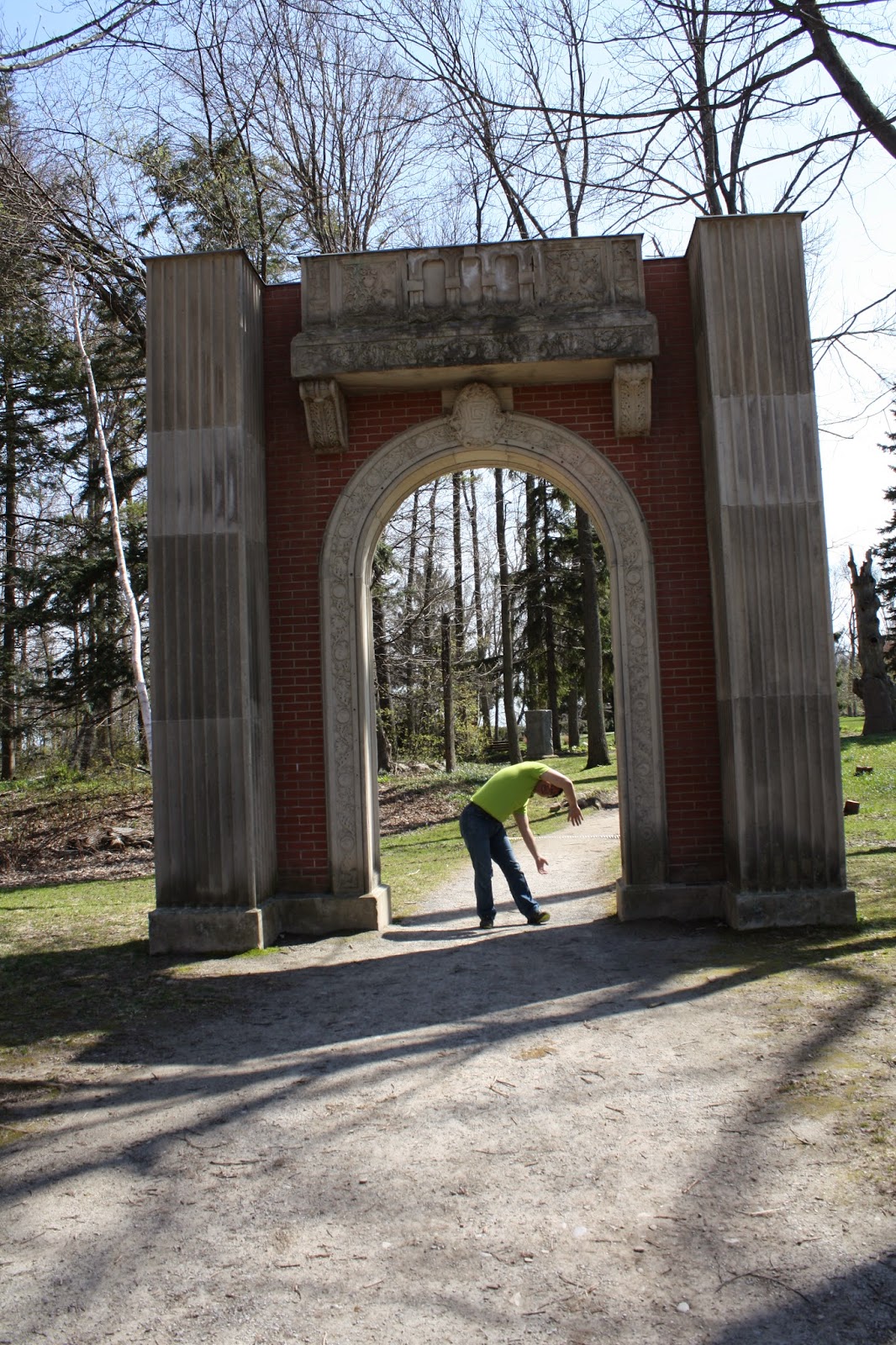 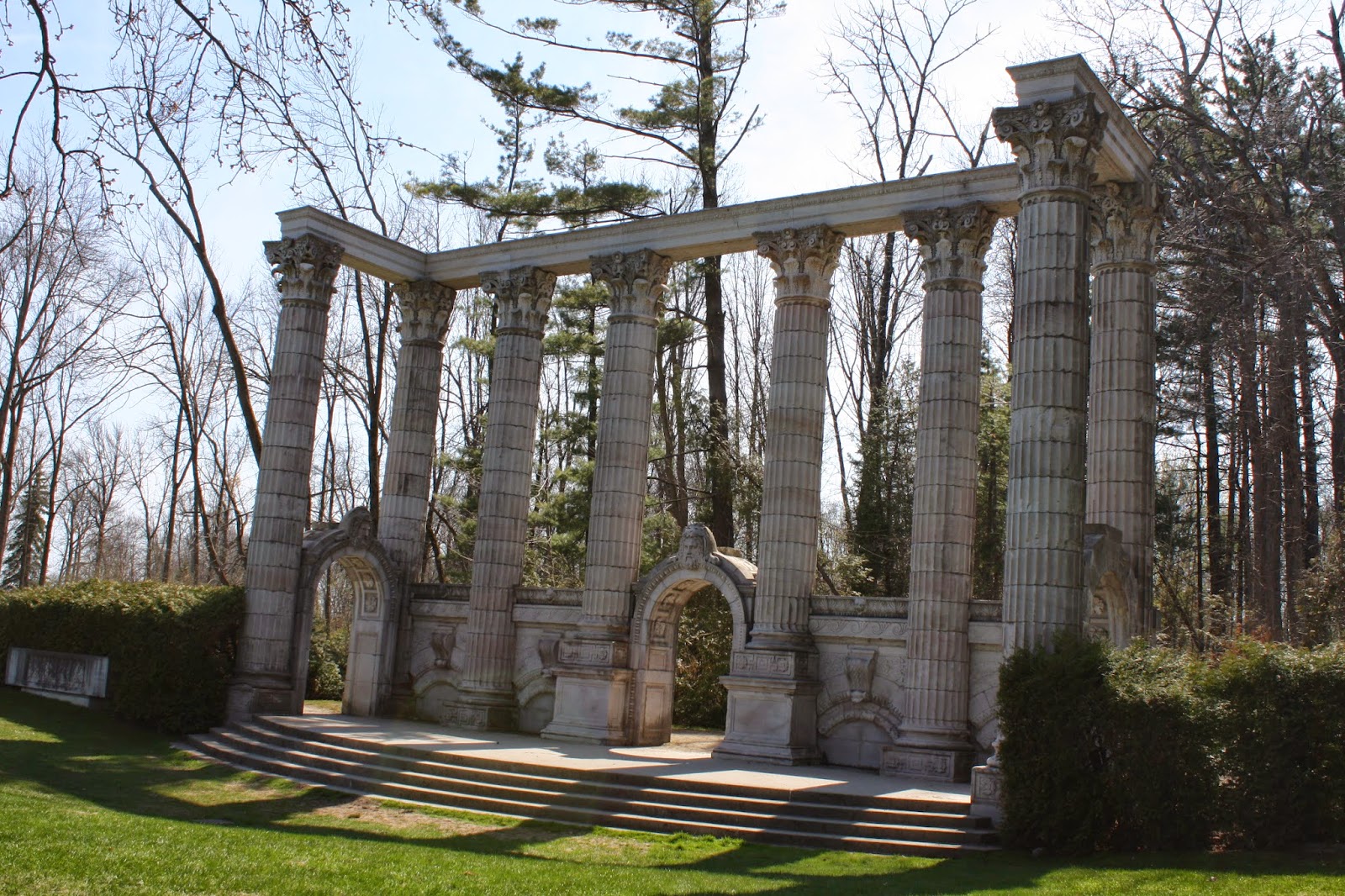 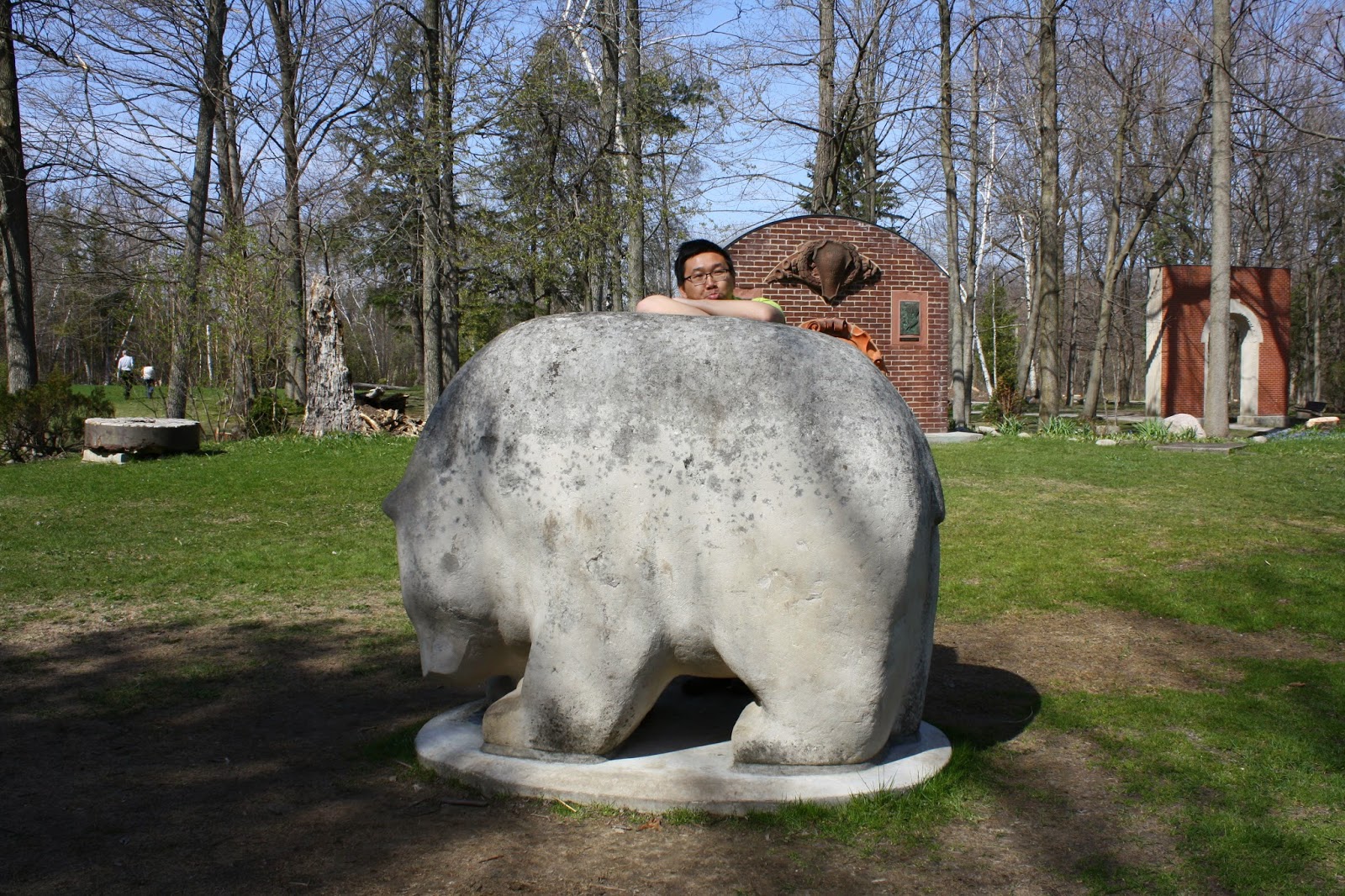 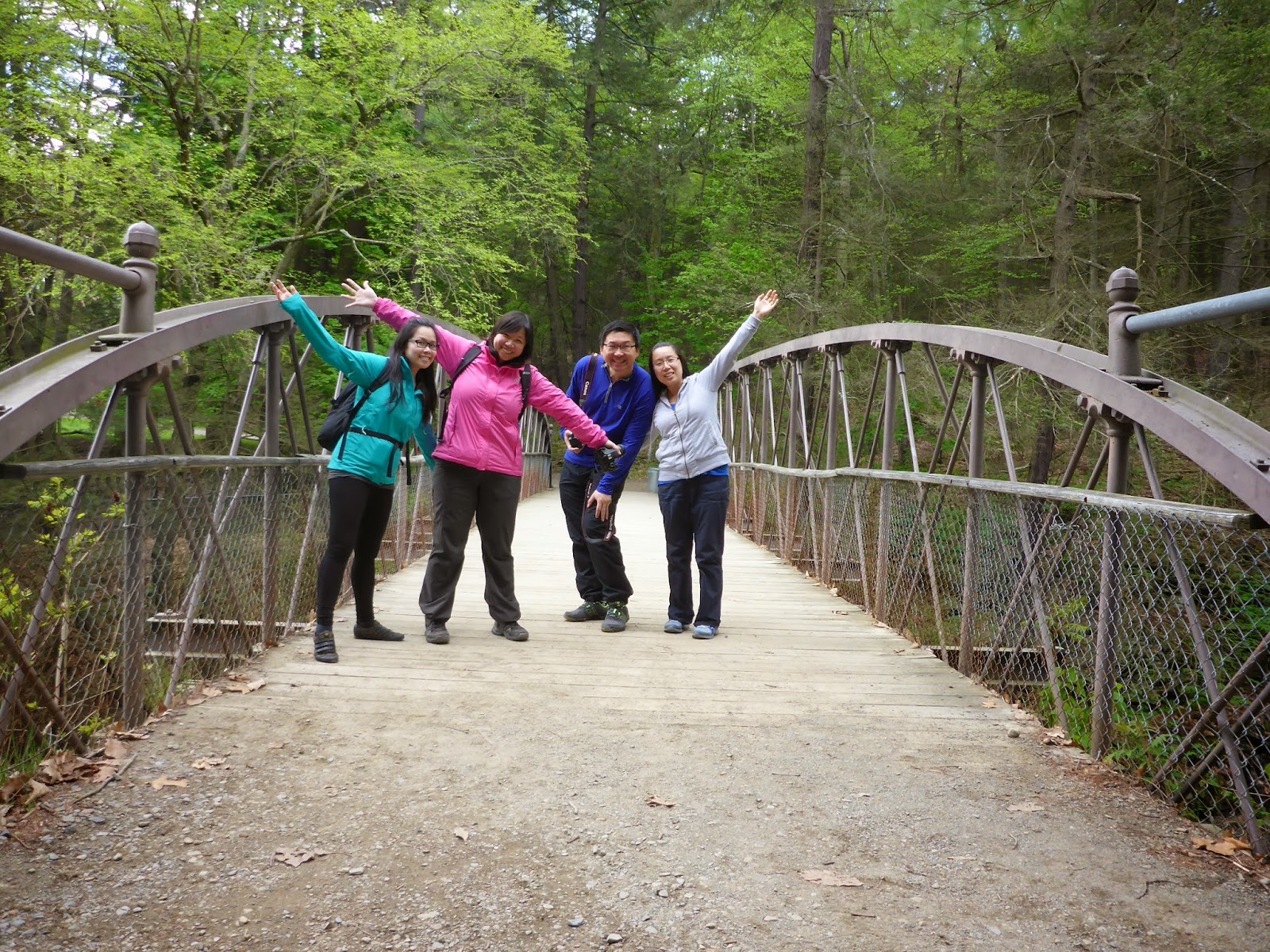 True North Rock Climbing (Sheppard Ave W / Carl Hall Rd)
While not the first time that I have been here, it is the first month which I have gone after we bought rock climbing equipment!  Check out the awesome fun we are having!  This is the second rock climbing gym that I have been to (Joe Rockhead being the first) and I like this one a bit more.  It is bigger, more spacious, and better located for myself.  I have only gone roughly 4 times at this point, but this is a great activity and quite the workout! 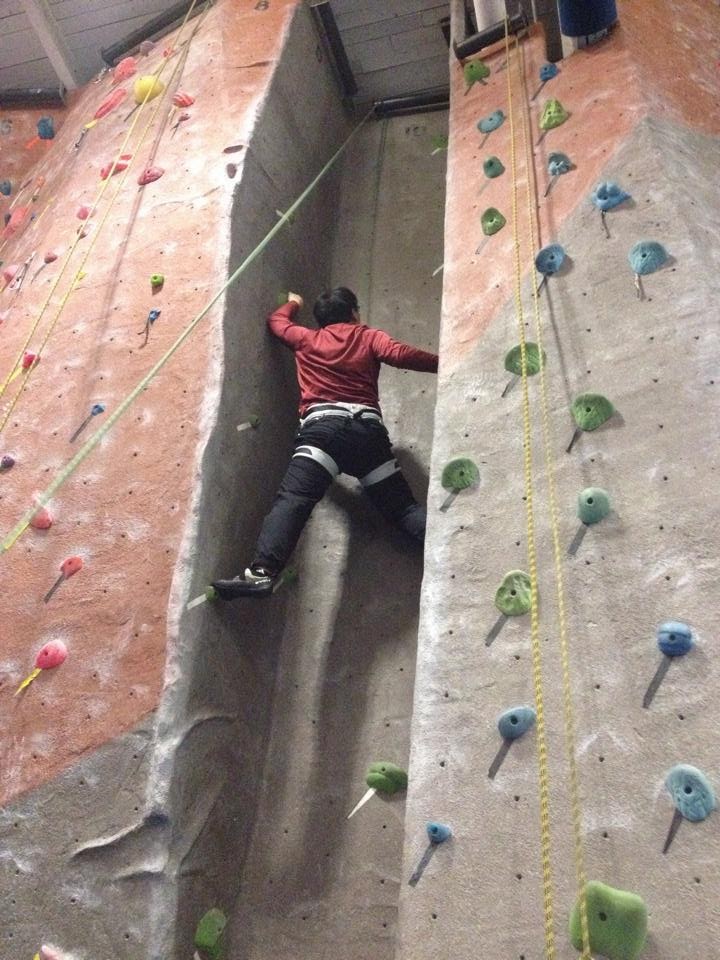 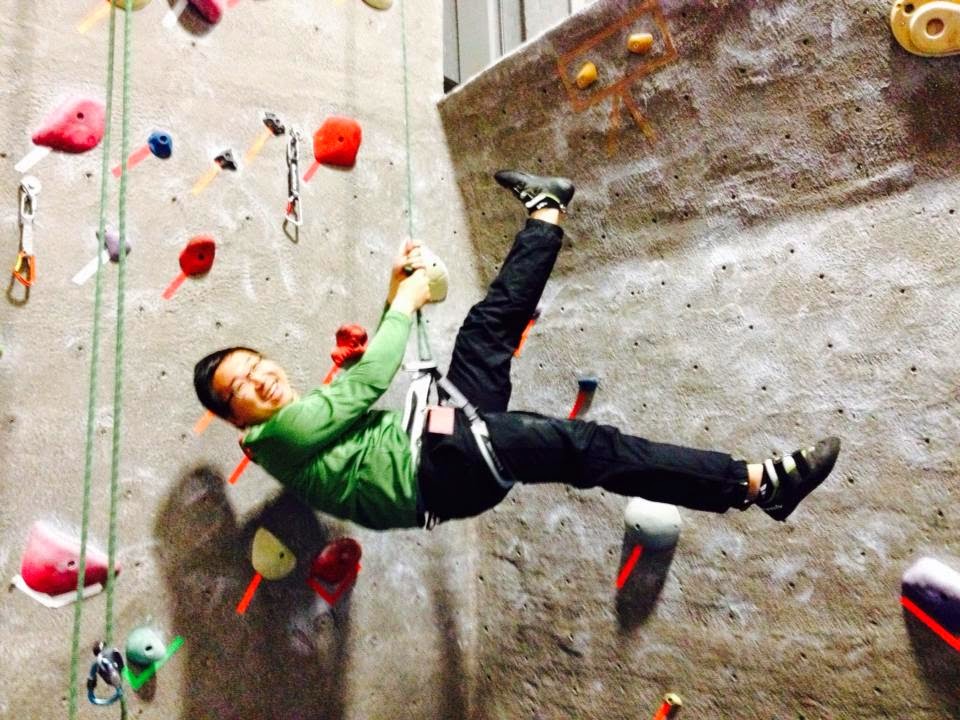 Color Me Rad (Downsview Park)
This is an odd event in my opinion.  I was asked to be the photographer for a friend for this event.  It is a 5km run/walk in Downsview Park where you pay to get dusted with coloured corn starch.  This event does seem to be a pretty big hit since their website actually shows that it takes place all around the world.  During this particular event, there are 5 what I would call 'colour zones'.  These zones are along the path where you would get dusted with a specific colour in each zone, the end result depends on how well the corn starch sticks to your clothing.  See the pictures below. 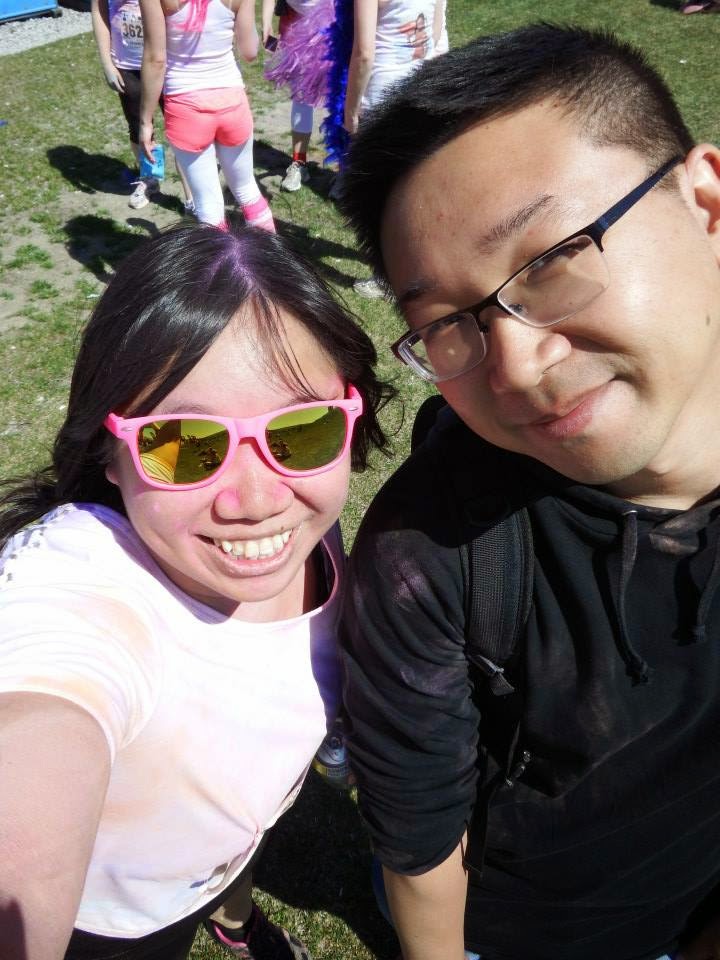 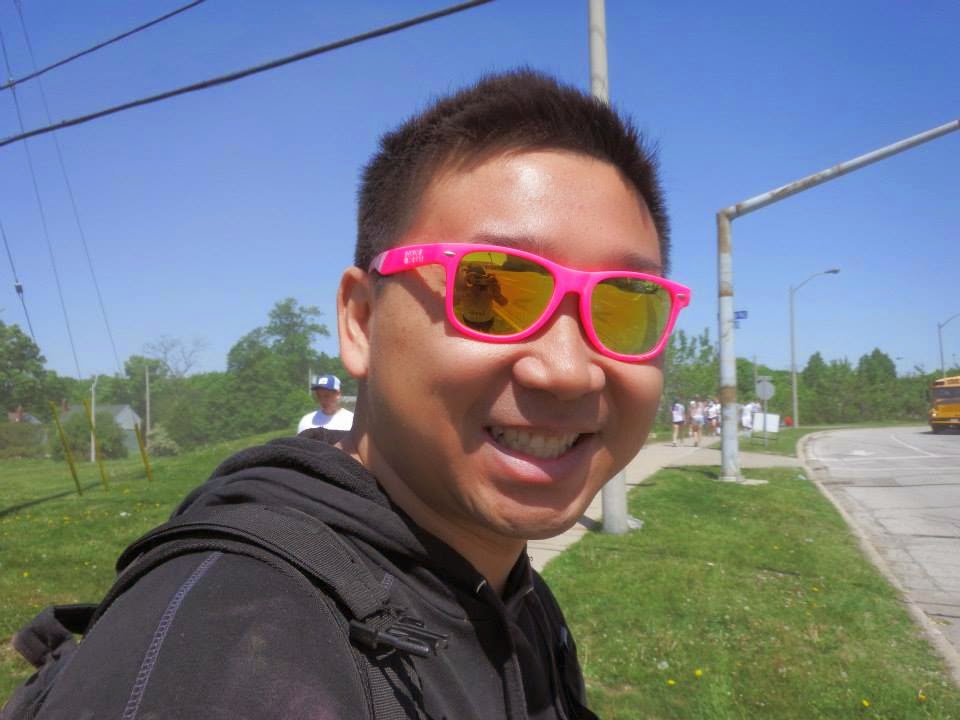 June 2014 and beyond!
Nothing currently planned for June, but I'm hoping that this will be the year that I go to some of the places that I have been wanting to go visit but haven't gotten the chance to.  So we will see!
Posted by Wai at 7:00 PM