Today we head back to Toronto.

We woke up at 7:00 AM so that we could head home before the crazy traffic that we expect from all the people heading home back from the long weekend.

Princess Hotel is where we went for breakfast.  Your typical breakfast set you back $8 (eggs, choice of meat, toast, home fries and a drink).  The breakfast here was pretty good.  I'd suggest coming here if you wanted a quick bite to eat.  The sausages seemed like typical breakfast sausages but the ham was actual ham (compared to luncheon meat I had two days prior).

Lion's Head is a small down that is just off Hwy 6 which is on the way home.  Roughly a 30 minute drive from Tobermory.  We were going here to check out the lighthouse.  When we arrived, we were a bit disappointed.  The lighthouse itself is as tall as a 2-story building.  Oh well, it does provide a nice view of the lake though. 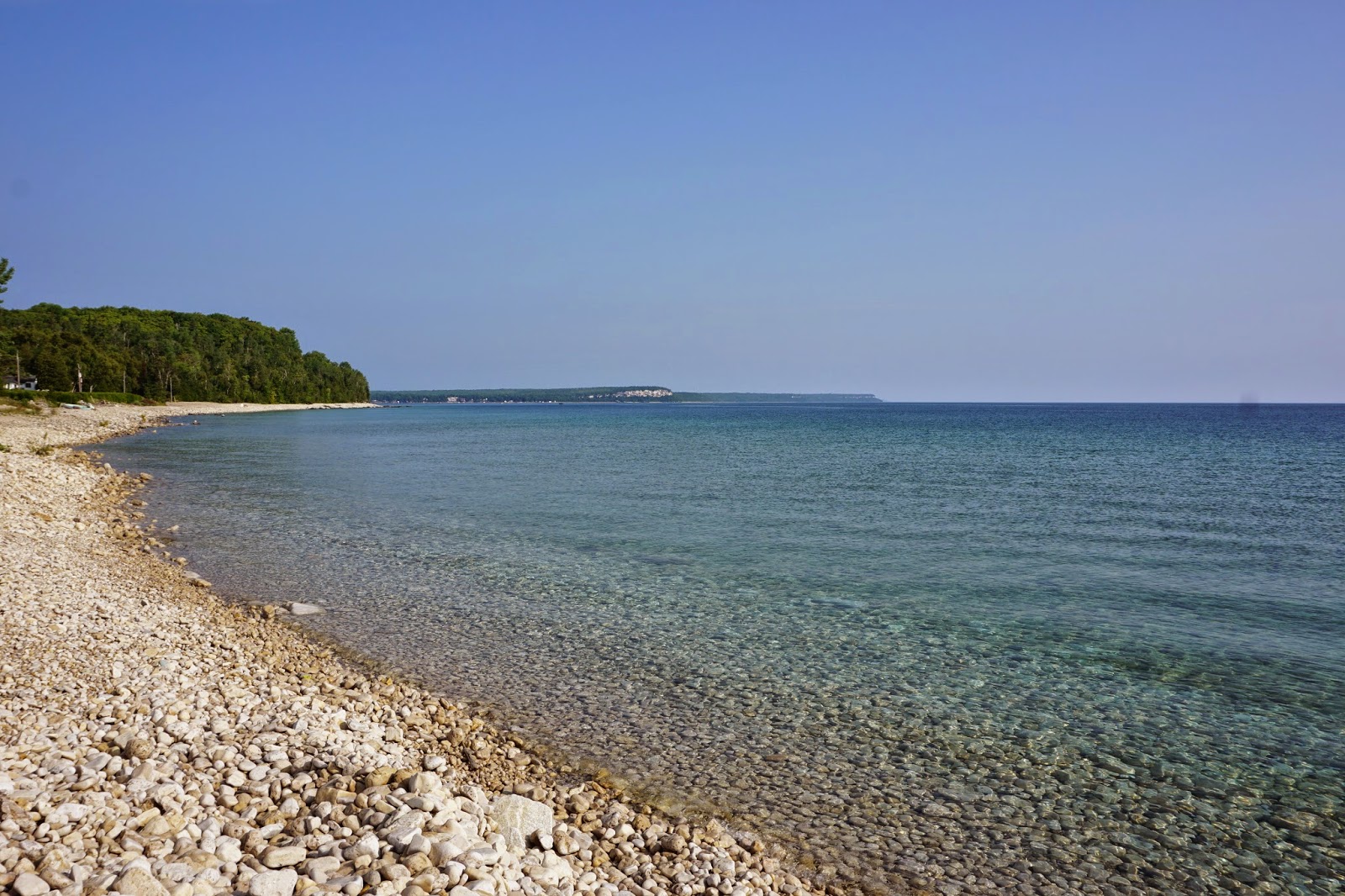 While we were there, we got some pictures and talked to a couple of ladies.  One of them was from around here (she said she was 69) and was showing her friend around.  She had pictures of the area from 50 years ago!  Wow, that would be pretty cool to compare her old photos to how it looks now.  They told us that they were staying here for the weekend and came from London.  It sounds like a better place to stay than Tobermory.  During the long weekend there was a sandcastle competition, fireworks, stargazing (there were telescopes set up for people), pancake charity breakfasts and much more.  After listening to her talk so proudly about her hometown, we thanked them for their time and headed over to the beach which was just a short walk from the lighthouse to see if we could catch any of the sandcastles. 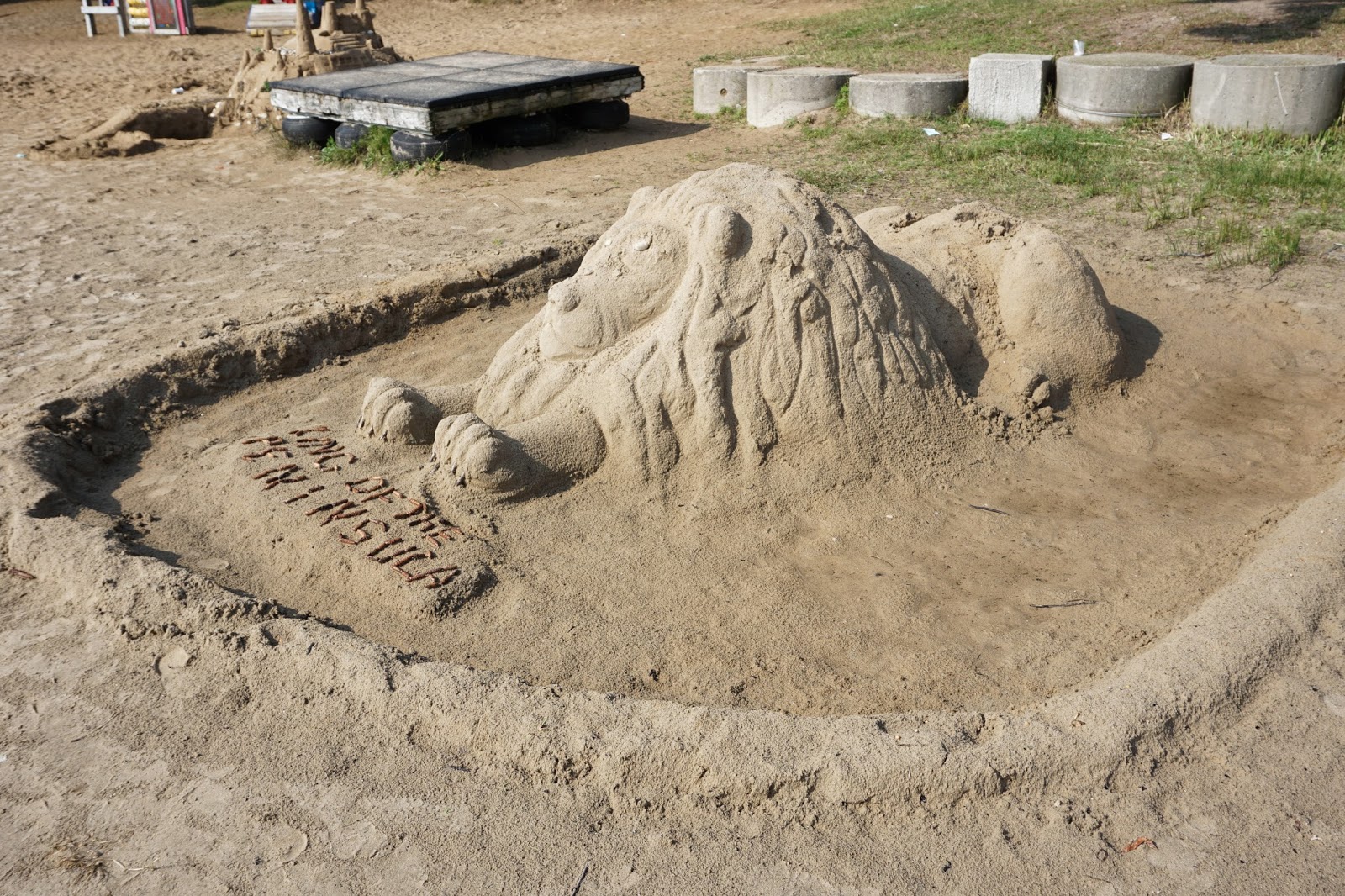 The sandcastles were still somewhat intact although you could see that the rain from early this morning broke down a bit of them.  It was really cool.  I wish that we would've stayed here inside of Tobermory.  Oh well, live and learn!  This area seemed nicer since it was smaller and less touristy since there aren't too many motels / B&Bs to stay at. 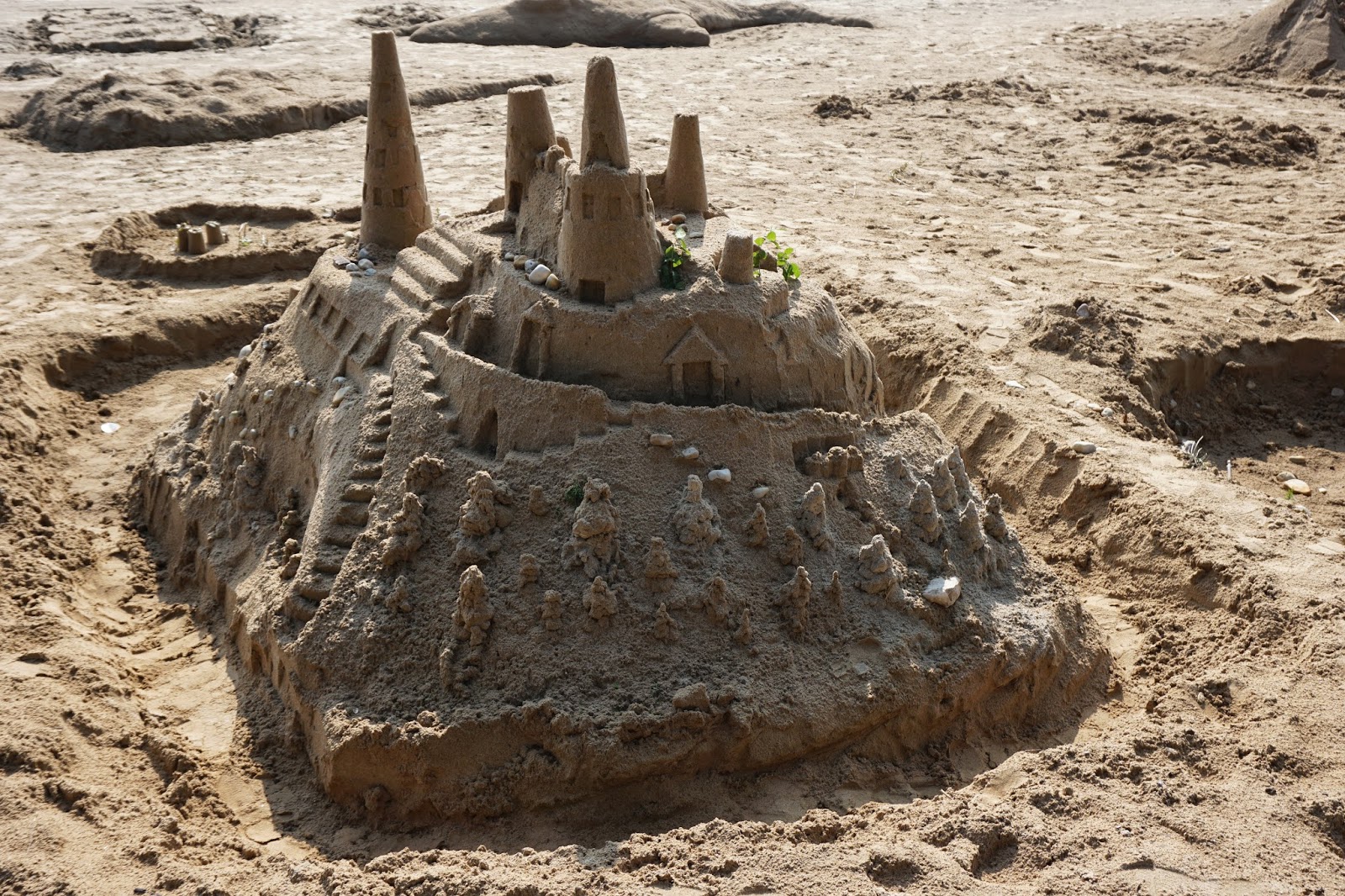 We headed for the scenic route from Wiarton to check out the drive that was suggested by the server of Sidekicks.  The drive is nice, mostly along the water.  There are two lookout points, Colpoy's and Kemble Women's Institute lookout.  They are both worth a short stopover and break from driving.


Midway between the two lookout points, we stopped at a garage sale where Allison was able to get some cookie presses that she has been looking for for awhile.  They seemed okay and she was happy with them.

Also, we stopped at Big Bay General Store.  Allison was pretty excited since most of our general store experiences were pretty cool.  This was really just an ice cream shop which happens to sell snacks as well.  No fancy cool old things here.  The ice cream here was really good though.  It was the first time that we saw Apple ice cream and decided to try it.  It was really good ice cream.  Nice and hard, none of those cheap ice creams that melt as soon as you take it outside of the shop.  Stop by here for a quick ice cream if you are in the area.  It seems like they are quite a popular ice cream stop.

We drove back and stopped at Super Burger on the way home for lunch.  I thought it would be worth it to stop by one of these burger joints since I saw them about a month ago.  Super Burger actually has an old TTC street car connected to it and it has tables and seats inside that you can eat at.  Very cool!  The food was okay, nothing special.  If the line up looks long, don't be deterred, it goes by pretty quick.  It reminds me of a Harvey's but slightly more expensive (hamburger combo was roughly $8). 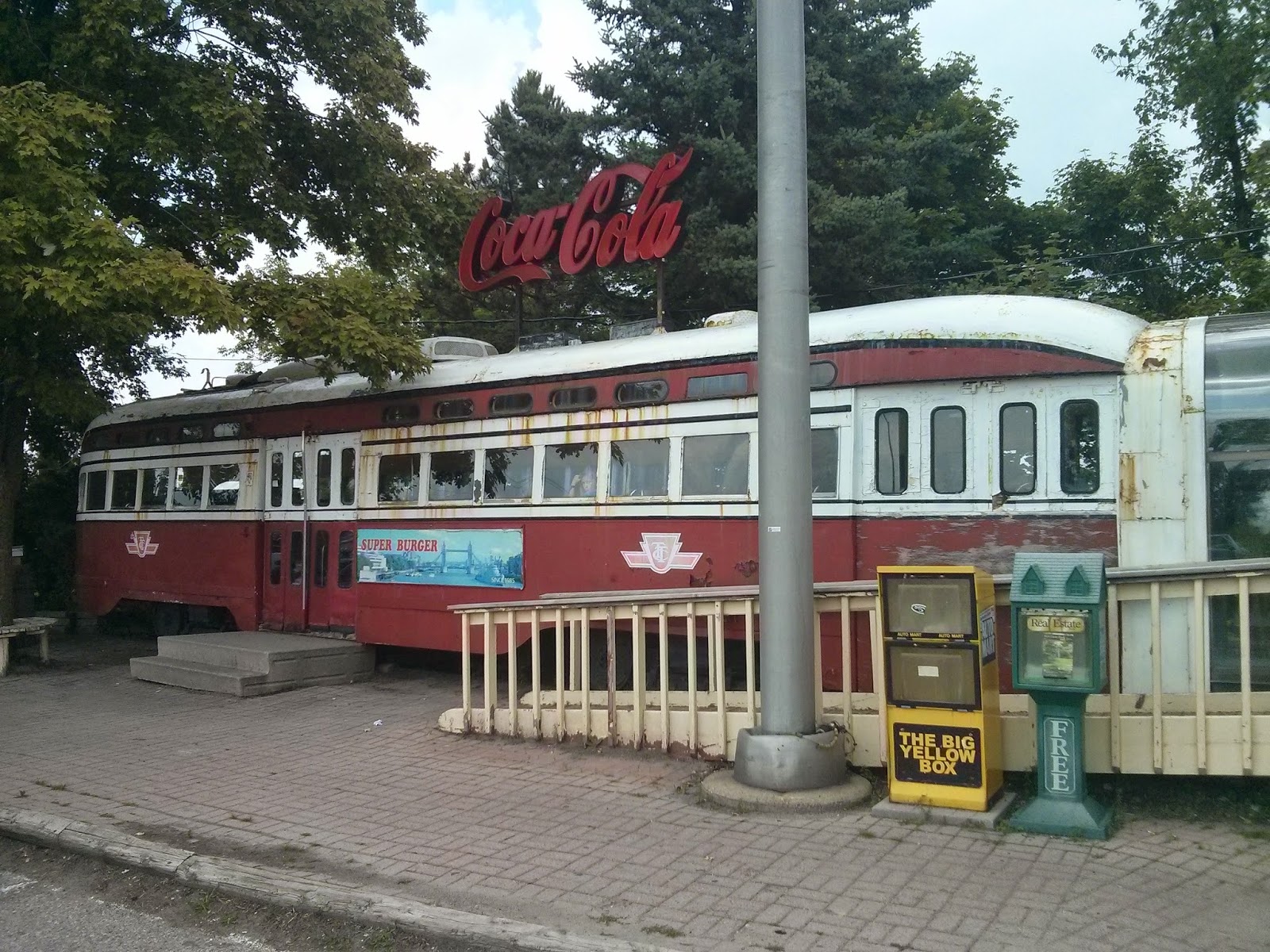 And this concludes this trip.  I would say it's definitely worth going to Tobermory if you are into scenery / hiking / water.  I would suggest staying at Lion's Head though since it is less busy.  Go here for a long weekend to see if you like it enough to return.