This is a site that I knew I would visit whenever I went to Chicago and we did this in 2014.  Within Millennium Park lies Cloud Gate (or as I refer to it, the giant bean) which is a 10 m by 20 m by 13 m sculpture.  It is a public sculpture designed by contest winner Anish Kapoor.  Originally built for the park's debut in 2004 but due to construction difficulties, the construction started in 2004 and ended in 2006. 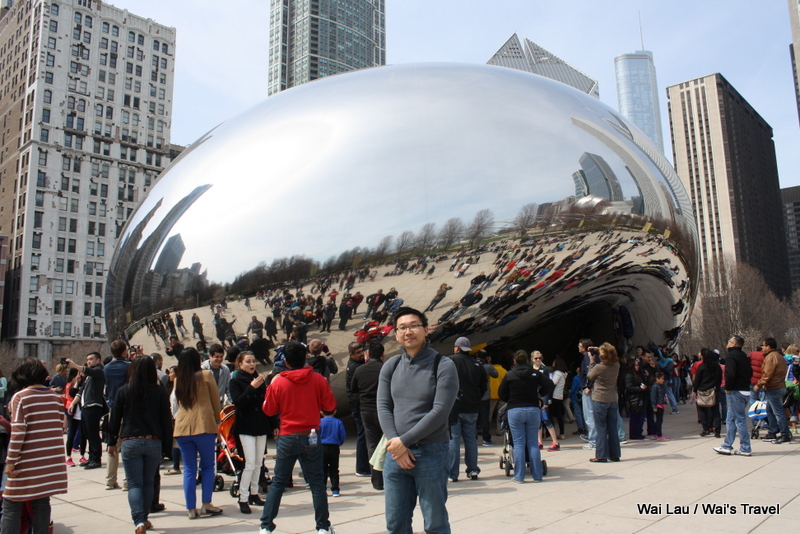 It consists of 168 stainless steel plates welded together with highly polished exterior, which leaves it with no visible seams.  Cloud Gate's design was inspired by liquid mercury and weighs 98 tons. 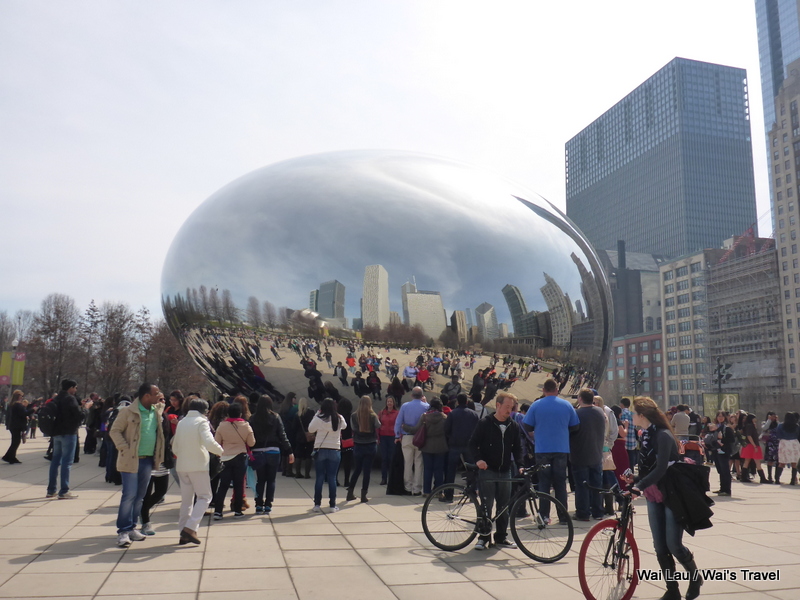 Surprisingly, this was funded entirely by individuals and corporate donations to the tune of $11.5 million.

Come back next Friday for another Past Point of Interest.
Posted by Wai at 10:10 AM