The colosseum (colosseo in Italian) is located in Rome, Italy and is the largest amphitheatre in the world!  Built in 72 AD and completed in 80 AD, this site was used for gladiatorial contests, mock sea battles (yes, they were able to fill the base with water), animal fights, executions among other things.

The site is an ellipse that is 188 m long and 156 m wide and with 80 arched entryways, it is estimated to hold 50,000 spectators.  Emperor Vespasian was the one who commissioned the site with his son Titus completing it and later on Titus' son Domitian added improvements to it.

When you go, make sure you call ahead and book a tour of the underground portion and the 3rd ring (the 3rd level).  It is well worth it since it is not open to the public unless you are part of the tour and there were only roughly 20 people in our group.  With the tour, in the picture below, you get to enter from the opposite side of where the people are.  The 3rd ring is a small portion and gives you some very nice views of the colosseum.  The underground portion shows the rooms/cells that the gladiators would be at prior to and after the battles. 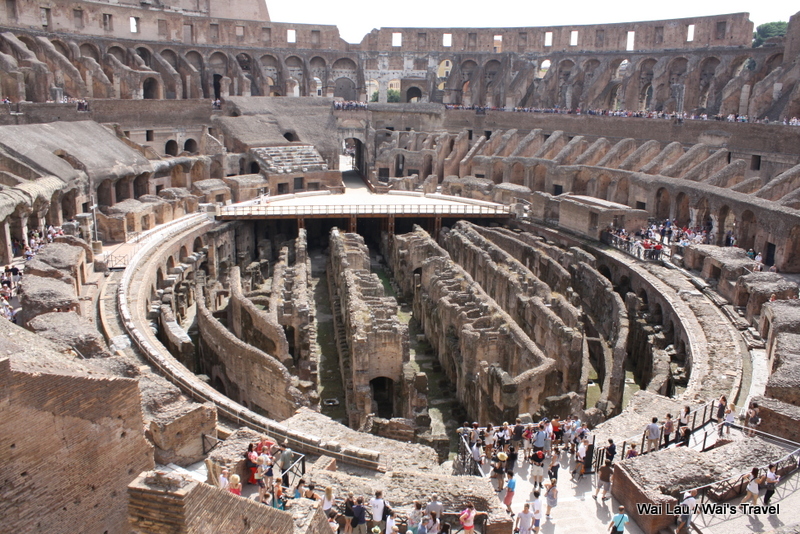 Come back next Friday for another Past Point of Interest.
Posted by Wai at 7:00 AM