The Tower of Pisa (Campanile) is one of four buildings which make up the Piazza dei Miracoli (Square of Miracles), the others being the cathedral (Duomo), the baptistery and the cemetery (Campo Santo). 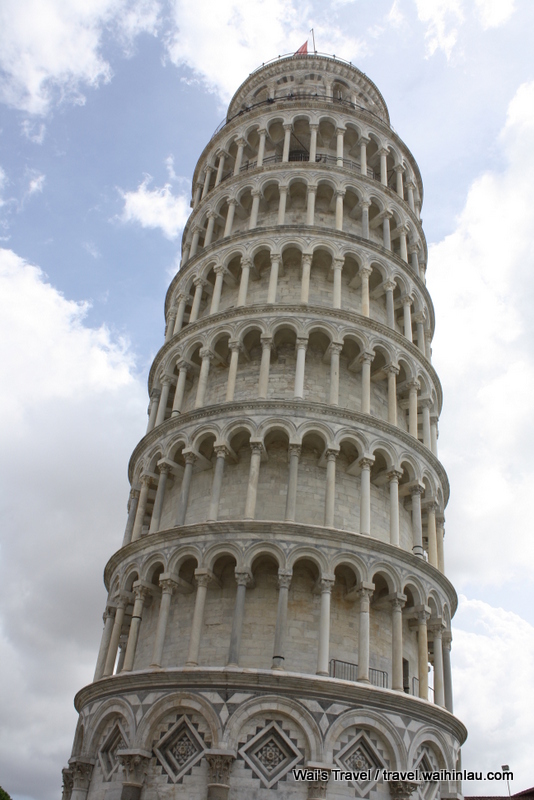 It consists of 207 columns split among the 8 stories it has.  There are 15 arches at the base, 30 arches for the next 6 stories.  It weighs in at roughly 14,500 tons of white marble and has a 297 step spiral staircase that leads you to the top.  Originally, the lean was 5.5 degrees but this was corrected in recent years to about 4 degrees and said to be stable for the 200 years.

If you look closely, you will see that the upper floors are not level.  One side was built to try to compensate for the tilt.  From 1990 to 2001, corrective reconstruction was done on the building meaning that tourists were not allowed in. 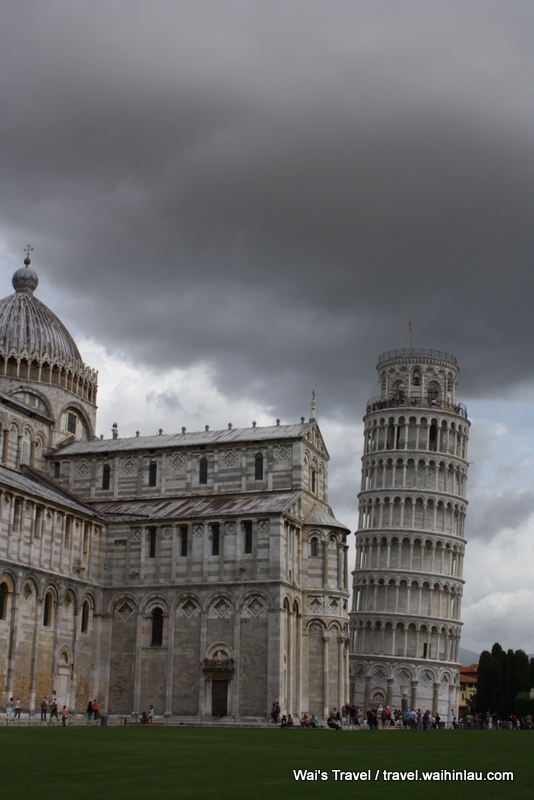 It is situated in a town that you can get to by bus from Florence.  I feel that while we made the trip to see this neat building, there isn't really much else in the area to keep you here, so if you had to ask me if it was worth it, I think it is skippable (we did this as a day trip with Lucca).

Come back next Friday for another Past Point of Interest.
Posted by Wai at 7:00 AM