During our roadtrip which had us visiting Asheville and Atlanta, we stopped by this roadside attraction, Foam Henge. 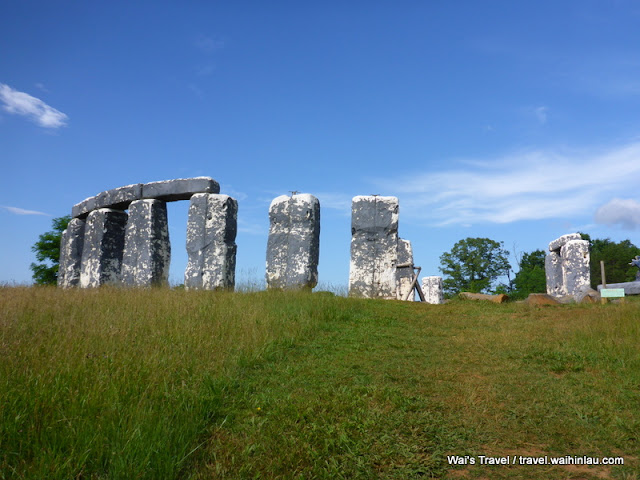 If you blink, you will actually miss where you would get off since it is not advertised (there is no signage) and if you don't know where to stop, you'll just drive by it.  If you head west of Natural Bridge Zoo, you will see a dirt road with a fence on the right (north side) less than 5 minutes away, stop here because this is where you want to go.  Note that it is private property, so if you are worried about hopping the fence, get over it because it is open to the public even if it doesn't seem like it. 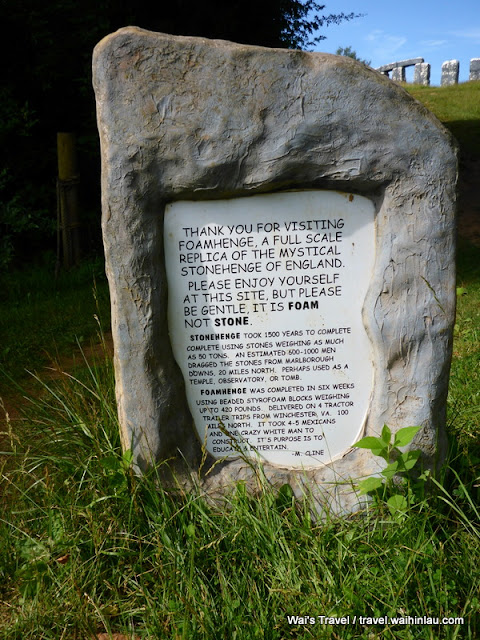 Foam Henge 'appeared' on April Fool's Day 2004 and has been a popular attraction since.  Foam Henge, as it sounds, is a replica of Stonehenge but made entirely out of Styrofoam.  It was created by Mark Cline and is a well known stop with appearances on MSNBC, Fox, Discovery Channel and TBS as well as Washington Post, USA Today and multiple other magazines and books. 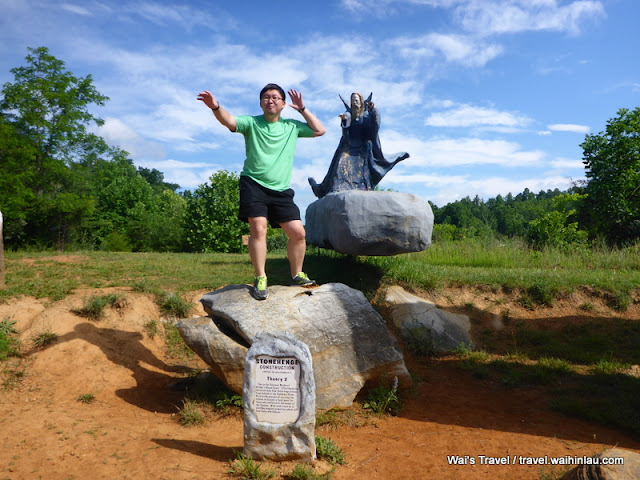 While I haven't visited the original Stonehenge, Mark Cline spoke with tour guides to get the correct measurements and shapes of the stones and a psychic detective to determine how to position Foam Henge so that it is astronomically correct.  The Styrofoam itself is held in place with a pipe held in place by a cement base, imagine how a fake tooth is kept in place.  Be sure to stop by if you are in the area because it is a pretty cool site and with luck, you may be the only ones there like we were.