Kinzua Bridge State Park is one that has a fairly interesting backstory about how it came to be. 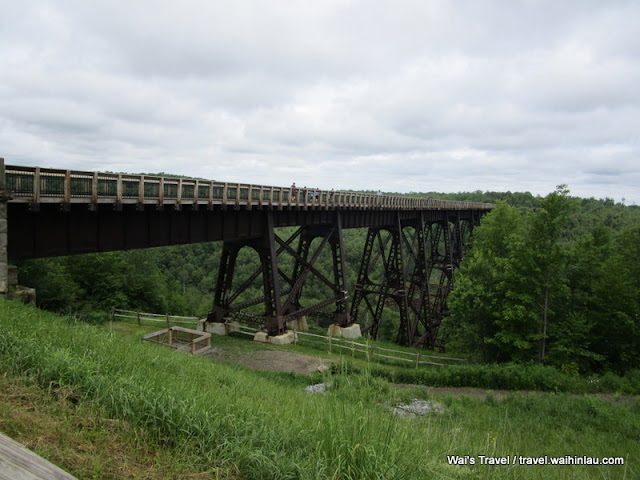 Back in 1881, construction began on the Kinzua Viaduct which, when completed in 1882, was the world's highest railroad viaduct.  It was 301 feet (91 meters) high and 2,053 feet (625 meters) long when it was built.  Initially it was made out of iron but due to heavier freight trains, they had to rebuild the entire thing out of steel which surprisingly only took 105 days to do.  When it was made out of iron it was 1,408 metric tons and it became 3,041 metric tons after it was redone in steel. 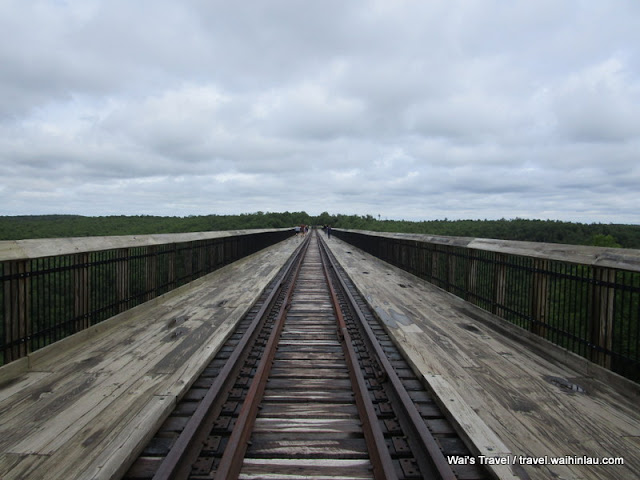 By 1959, freight trains weren't allowed to use it anymore and in 1963, Governor William Scranton signed a law to create Kinzua Bridge State Park, a 339 acre park, which was officially opened in 1970.  At this time, there were still occasional excursion trains that would stop here but this was stopped in 2002.  Luckily they stopped trains when they did because in 2003, a tornado hit the viaduct and caused a lot of it to collapse.  In 2011, the viaduct was converted into a pedestrian walkway that is 600 feet (182 meters) long and ends with a glass platform, giving you a nice view of the area.  If you like, there is a hiking trail that takes you to the base of the viaduct, providing you with a different view of it. 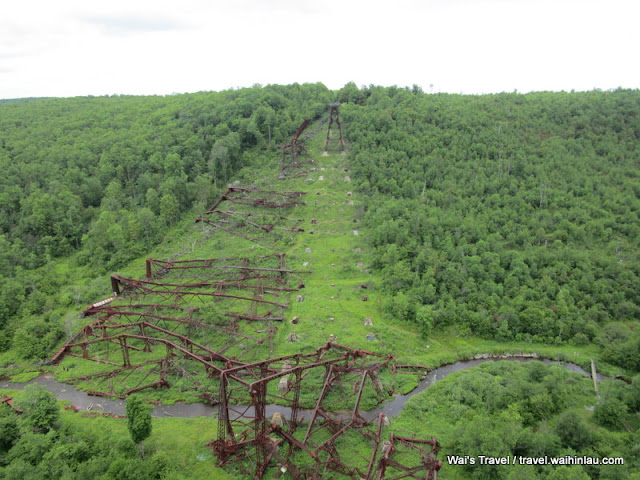