Today, we visit the 1000 Islands Tower in Gananoque. 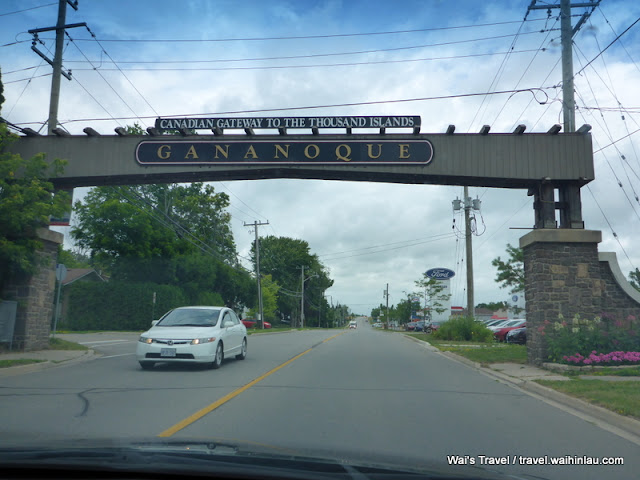 Early this morning, I woke up to some noise and I thought it might have just been the residence since it is a bit old but when I stared up at the ceiling, there was something flying around.  After focusing on it a bit, I realized that it was a bat!  I tried to figure out what to do since I didn't want to wake Allison, but eventually she did and when she did, I turned on the lights and just went back to bed.  I did tell the host about it but apparently they couldn't find it.  We spoke with some other guests at the B & B and apparently they did see one the previous day, so at least I wasn't imagining things.

Breakfast at this B & B is interesting.  They set up a guest dining area in the morning and you select a time for when you want to eat, prior to this time, you wait in the lounge area until the dining area is ready and then, as a group, everyone is escorted into the dining area.  The table is set and drinks are poured by the host one person at a time, so while waiting, you get to mingle with the other guests if you like (we were 2 of 8 guests at the table), and because of this, we got to hear stories about things that other guests did and what was worth doing and what was not.  Breakfast was a goat cheese and mushroom quiche with a nice vegetable salad as well as some fruit and home fries.  It was actually really good.  We would rank this as the second best breakfast we have been served so far, the best going to La Victorienne Urbaine in Quebec City. 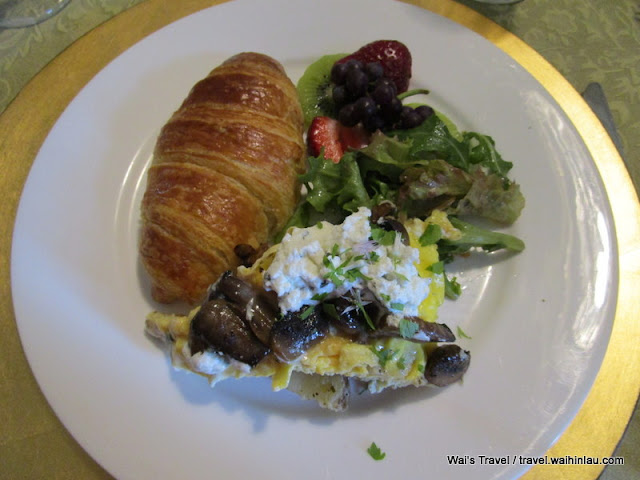 I only had two stops planned today, the 1000 Islands Tower and Confederation Park, both in Gananoque.  To get to the 1000 Islands Tower, you will need to pay a toll to get here and it was $3.25 CAD when we went.  Luckily, you don't need to pay another toll to get back since the tower is actually before the border (you can see the border from the tower).  Admission is $10 + tax per person to go up to the tower.  It is by elevator only, even though there are stairs, they aren't used to go up or down the tower.  The tower has 3 levels, one fully covered and indoors, and two that are open air.  In each of the levels, there are some pieces of information in certain stops to tell you about what you are seeing which is pretty neat.  We probably spent about 30 minutes here.

Confederation Park was our next stop but unfortunately, I couldn't find it and we just headed to lunch instead at Panache Bakery.  We ordered two sandwiches, a large soup and two slices of cheesecake for $32 which I think was reasonable.  Everything that we had was good.  After that, we headed home.