Built in 1846 as part of the defensive Martello tower fortifications of Kingston, this Martello tower is actually one of four (Murney, Cathcart, Shoal, and Frederick) that still exist today and within the tower are three floors which display a collection of military and domestic artifacts from 19th century Kingston. 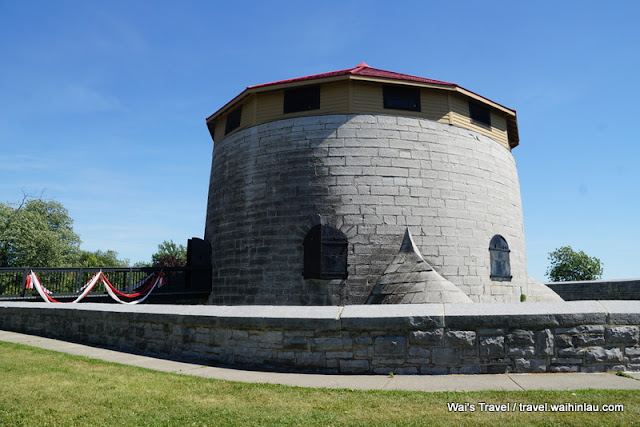 These were built throughout the British Empire and allowed a small group of soldiers (usually under 24) to defend land and sea relatively easily against a much larger army.  They were able to do this because at the top of the tower is a huge cannon on rails that allowed them to attack from afar and there are slots in the base that allowed them to fire at the army with relative safety.  While it worked great in the past, unfortunately by the time these were built, advances in artillery would reduce the tower to rubble within a few hours, so lucky for us, they were never used. 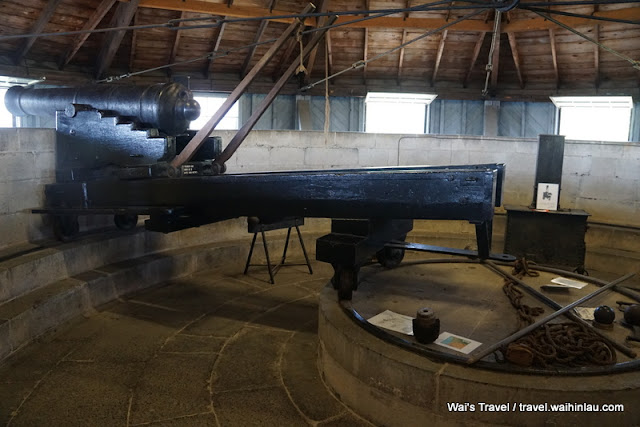 You will notice that the top is made out of wood and that is because the top is actually removable and this is to protect it against snow.

Admission was $5 when we went and I'm iffy about whether it was worth the cost or not since we were told that Fort Frederick is a similar tower and it is actually free to visit.