The Little Princess Statue (Kiskirálylány) can be found sitting on the railings along the Danube river in Budapest, Hungary along the pest side of the river. The statue was created by László Marton and placed where it is now in 1989, so a relatively new statue. 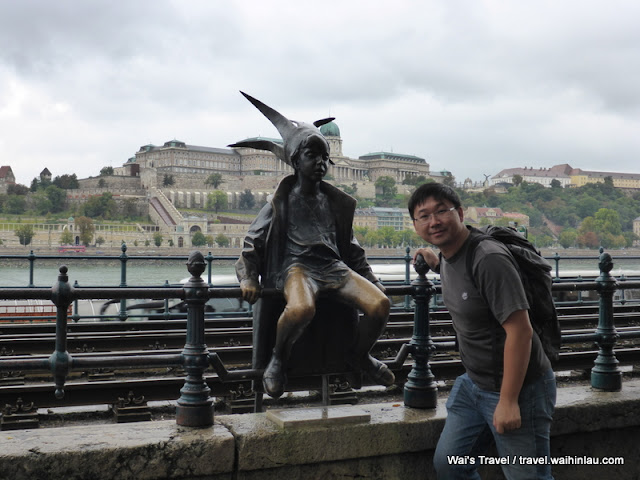 The statue is actually based on the artist's daughter who while as a child would dress up like a princess, wearing a newspaper crown made by her father and also having a bathrobe as a cloak. Knowing the details now, it actually makes sense and maybe we should have spent some time looking at the plaque at the based that would have explained it.

Not really knowing about this statue, while I was looking it up, I found that there are actually a number of statues in Budapest that seem like they would be worth visiting which we missed. Ones that come up that sound interesting at Szt Gellert Statue, Statue of Liberty, Timewheel monument, and Anonymus.