Breakfast was included at our hotel and it is the typical breakfast. Today, there are eggs, bacon and home fries as the hot items. What looked like freshly cut honeydew and cantaloupe mix, and canned peaches, along with fresh oranges, bananas and apples. There is plain yogurt along with toppings, cereal, a bread area with toast, english muffins, and muffins. Also coffee, apple juice and orange juice. Oddly, there is a pot of rice which I didn't understand. I would rank it as similar to Hyatt Place last year.

While having breakfast, we overheard some ladies talking about Macy's and learned about Somerset Collection as a possible third mall to visit if we had time tomorrow morning.

After breakfast, we headed to Great Lake Crossing and we got there at just after 9:00am and surprisingly, it wasn't that busy, I wonder if it is because people came last night and finished? Anyways, we wandered around the entire mall and finished at around 1:00pm and headed to Olive Garden for lunch just across the interstate. Allison got the portobello ravioli which she always gets and I got the create your own pasta with spaghetti, garlic asiago alfredo sauce and meatballs and split the unlimited soup and salad. We ended up getting two salads and two soups and I had to take more than half my pasta back since I couldn't finish. Maybe next time, I will learn to get the smaller options... (I doubt it). Today, Allison got one top and I got three. Total cost was $23.93 USD. 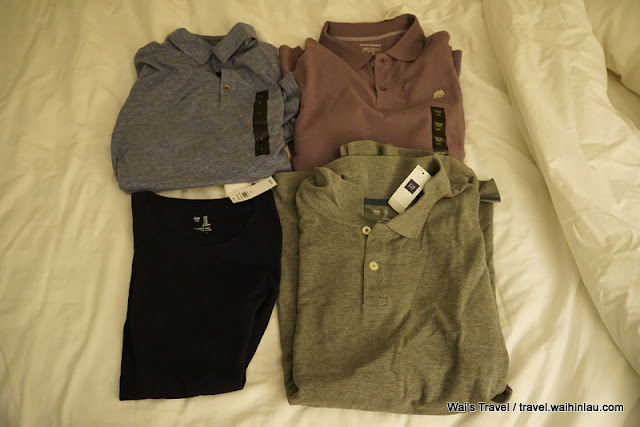 Finishing at Olive Garden, we headed back to the hotel to drop off our leftovers and headed to Frankenmuth to have a look at little Bavaria (which is weird since we were in actual Bavaria two months ago). I had plans for this place, the candlewalk at 6:00pm, the glockenspiel at 6:00pm as well, the Christmas Market, and the lighting of the Christmas tree (which we found out was around 7:00pm). 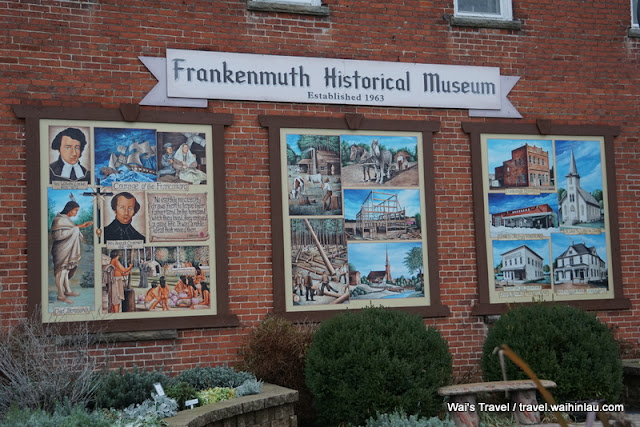 In the end, we just wandered the area, went through the Christmas Market, which didn't have much in my opinion. Walked through the General Store and Cheese Haus which were neat to see, but didn't get anything. Went to River Place and ended up getting some cupcakes since they were the winner of Cupcake Wars. 1 jumbo cupcake for $3.50 USD or 4 for $12 USD. We finished walking most of what we wanted to see by around 5:30pm and we decided to have dinner since it was somewhat cold out and we imagined that the restaurants would get really busy if we tried to get a spot after the Christmas Tree lighting. 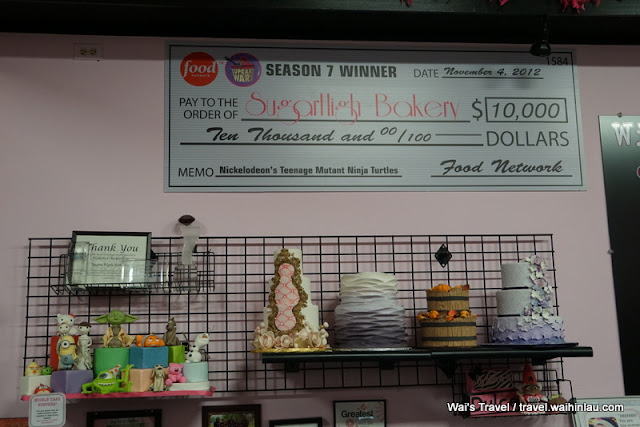 Tonight's dinner will be at Tiffany's which we were lucky to arrive when we did (slightly before 6:00pm) because we only waited for two other tables but by the time we sat down, it was a zoo and there were a lot of people waiting for a spot.

We had initially decided on our meals, but the waitress came back and told us that they were known for their pasta and their homemade sauces, so we ended up switching our choices and I ended up with the chicken portobello marsala ($12.95 USD) and Allison got the ravioli with lobster, langostinos, and shrimp ($15.95 USD). Both pastas come with your choice of soup or salad (although not unlimited like Olive Garden) and we ended up with the french onion soup which Allison liked and I got the salad which was okay. Both pasta dishes were very good and reasonably priced too in my opinion and Allison ended up with enough raviolis for another meal. I have no issues recommending the place if you are nearby.

Ended up finishing dinner at around 6:45pm and luckily, we made it just in time for the Christmas tree lighting ceremony which had people singing Christmas songs and ending with God Bless America (which was odd since we didn't know the song and everyone around us was singing passionately). Even though I don't celebrate Christmas, it is nice that others take such pride in this holiday.

Next stop, Bronner's CHRISTmas store! When we got there, we drove along Christmas Lane which was a nice short drive (under 5 minutes) where you see nicely lit Christmas decorations (santas, reindeers, sleighs, elves, snowmen, and more!). After parking, we walked into the store and we spent about 45 minutes inside. It is really big for a store just dedicated to Christmas items and they have an insane amount of ornaments and they actually have people that personalize them for you on the spot. It was nice to see how into the holiday season people were there.

After that, we headed back to the hotel and called it a night. We cut a quarter of each cupcake and I must say, they were pretty good. Better than the ones that we normally get in Montreal and a better deal as well. Of the four, I like Samoa the most which surprised me. Turtle Power tastes like chocolate cake, Red Velvet I never quite understood (and still don't), Toxic Lemon Lime is only good if you get the ganache (the cake base doesn't have much flavour), and Samoa was nice with the toasted coconut shavings on top and the cake was nice and moist.

We did some online searches for things that we missed and plan to head to Best Buy tomorrow to get some phones if we could find them for our parents and head back to Toronto since we were done.
Posted by Wai at 7:00 AM