It seems that in Europe, there are a lot of famous bridges there, moreso than bridges here in North America. Aside from the Brooklyn Bridge and the Golden Gate Bridge, I'm not sure that I can say that any others really stick out to me as must see attractions (people, it is just a bridge...) 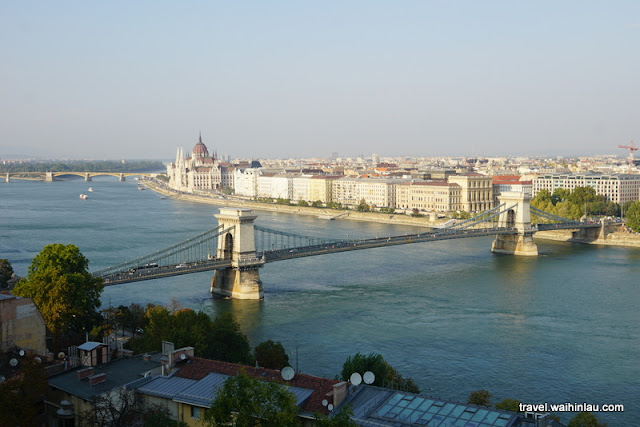 When you visit Budapest, I would say that odds are, you will stumble across this bridge since it is the main suspension bridge that connects Buda (west of Danube River) with Pest (east of Danube River) spanning across the Danube River. It is called the Széchenyi lánchíd or Chain Bridge, named after a Hungarian politician István Széchenyi who brought this bridge to life in 1849. The bridge was the first permanent bridge connecting Buda and Pest, is used by both vehicles and pedestrians. 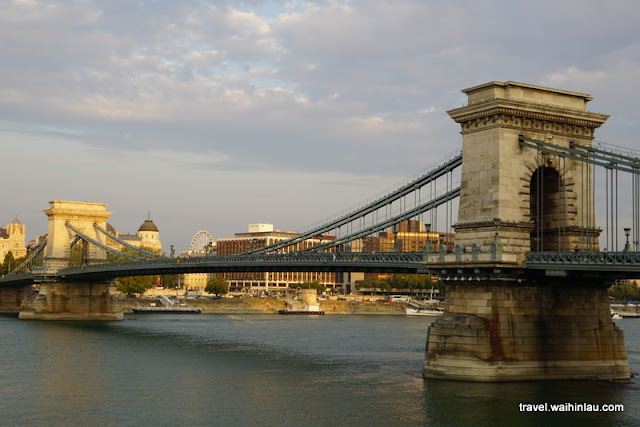 Unfortunately, due to World War II, the bridge was actually completely destroyed with just the two stone pillars remaining. After the war ended, reconstruction of the bridge started in 1947 and ended in 1949 bringing it back to its original form. 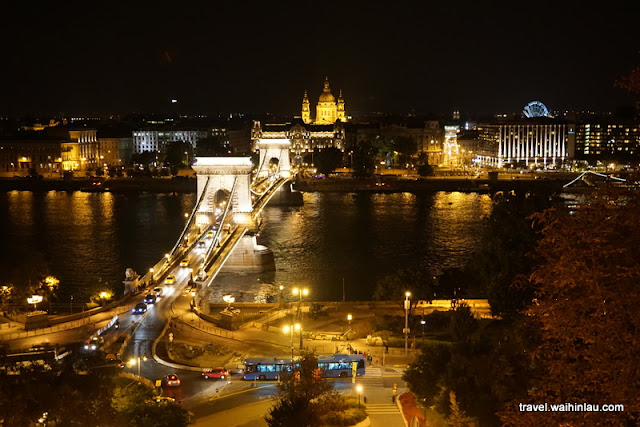 When you cross the bridge, there is a tunnel on the Buda side which goes through Buda Hill under the Buda Castle and out to the other side. This tunnel is almost exactly the same length as the bridge leading to talks about people thinking that the Chain Bridge can be moved into the tunnel if it rains (which sounds really silly). 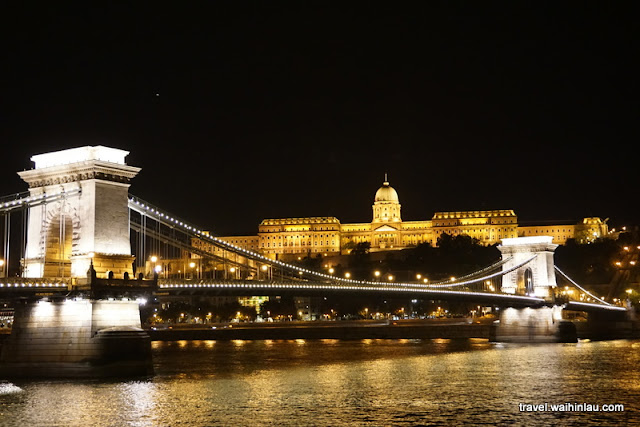 When you are on the Buda side of the bridge, make sure to look for the 'Zero KM stone'. We did see this on our trip, but we didn't know what it was while there. This is the marker used to calculate distance, like in Canada, there is a 0 km spot (it's in B.C.)

While I still believe that it is just a bridge, its importance cannot be understated.