Today, we do the Royal Canadian Mint tour, have lunch somewhere and head back to Toronto.

Breakfast was the same as yesterday, I don't believe it ever changes here. Not complaining though! After breakfast we checked out of the hotel and walked to the Royal Canadian Mint for our tour at 11am, stopping at Confederation Park for some more freebies. Today, it looked like Four O'Clock was out of tea because they weren't here, however, we got some more free cookies from RedPath, coffee from McDonald's and some marshmallows from Metro. I ended up making $10 for doing a survey while waiting for Allison to finish her marshmallow (which she saw I was doing and snuck in a second marshmallow thinking I didn't see it). It was a good morning so far. 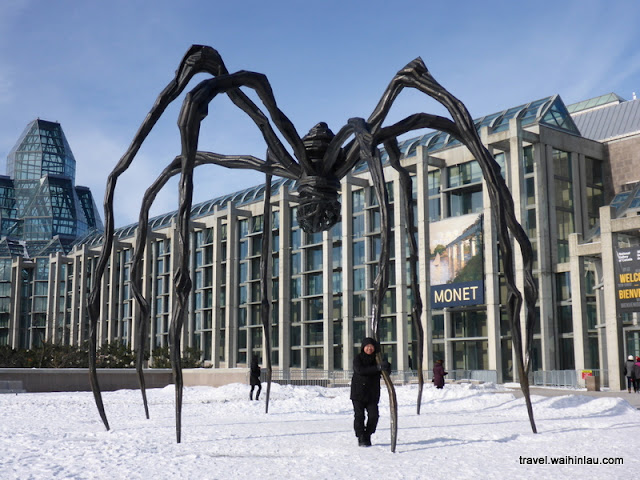 The RCM is a short walk from Byward Market and it cost us $4.50 to do the tour today even though it should be $6. Go on a weekday since you will see production happening (production is closed on the weekends, but the tour still happens). The tour lasts about 1 hour and you need to book in advance I believe (at least I did). It was interesting to learn about the Mint and worth a visit in my opinion. I learned a lot while there and although I had a lot of questions, the guide was able to answer everything I had. While production was happening today, I don't know if it added too much to the experience, maybe it had to do with the time of day. We saw them stamping coins out of a sheet, trimming them down to the correct size and that's about it. So you can weigh that in on your planning. 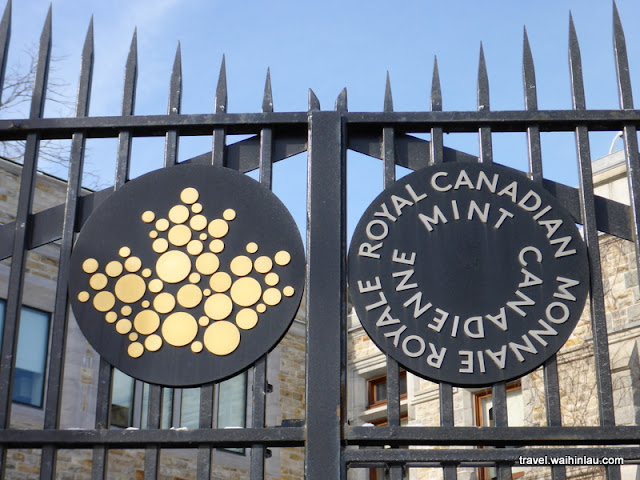 With the Mint finished, it was roughly 12pm, so we headed to Scone Witch for lunch which is on Elgin, near Confederation Park. The shop is nice and was very busy when we got there, we lucked out and go two seats at the window (there is probably enough seats for 30 people). We ordered the brunch ($12) and a sconewitch with soup (I believe $8). Tomato and roasted red pepper was the soup of the day and I though it was okay, seemed like a tomato soup. The sconewich we got was salmon and cucumber which Allison seemed to enjoy. I thought they were both good, the scone was nicely done, however it was a bit slim on filling.

After lunch, we headed back to the hotel, go out car and left. Dinner was at Halibut House in Ajax since the traffic was really bad and we thought it would be good to stop for dinner and hopefully the traffic would die down, which it did. We ordered the two piece halibut with chips and I thought the food was good. The fish had a nice golden doneness to it and tasted pretty good. We missed out on the special of the day since we didn't see the board, $6 for haddock and chips. I wouldn't mind stopping by again if I had cravings for fish and chips.

Thus ends another roadtrip of ours, our next one will be Washington, D.C. during the Easter long weekend. Tomorrow, I will post a summary of our trip. Until next trip!
Posted by Wai at 7:00 AM