During our trip to Washington D.C., a must see is the Washington Monument. While I felt that we just snapped some pictures and moved onto the next point of interest, it was pretty impressive to see. 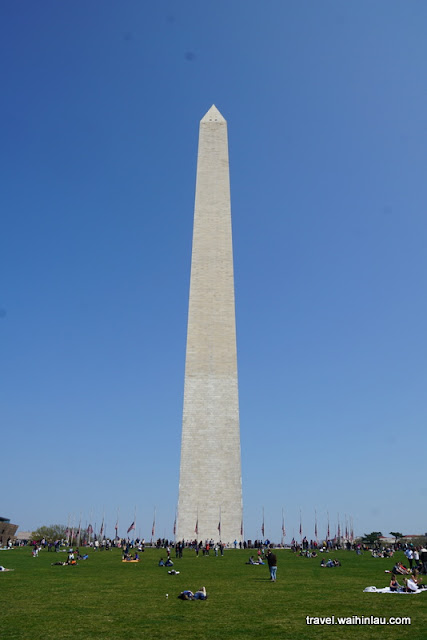 Pierre L'Enfant was the person responsible for designing Washington D.C.'s streets and green space and in his plan, there was this space set aside for something to commemorate the first president of the United States, George Washington. 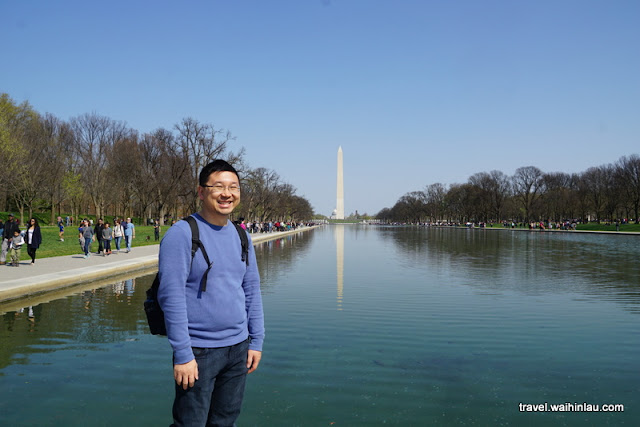 Work began on the Washington Monument in 1848, designed by Robert Mills, and was funded by a private group of individuals who had a vision of a 600-ft tall obelisk built with Egyptian style and surrounding it would be 30 100-ft tall columns. However, by 1854, the group of individuals could no longer fund the project and went bankrupt and after this, for almost 30 years, the monument was only partially built with a height of 156-ft. 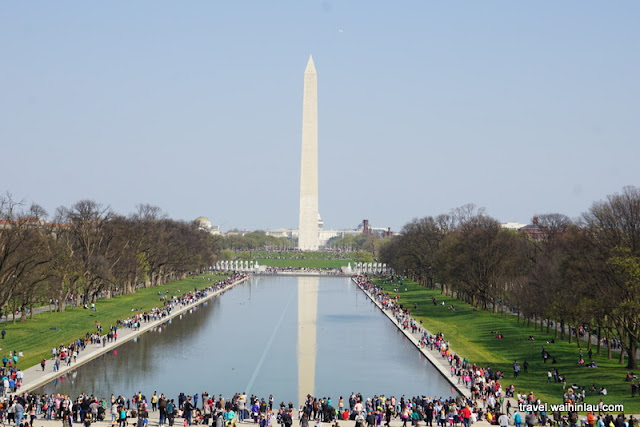 It was later that Congress took over the project and in 1876 work continued and it was completed in 1884 under Thomas Casey and the U.S. Army Corps of Engineers. They altered the plans a bit, making the Monument 555-ft tall in the end and replacing the 30 columns with a ring of flags. At the time of completion, it was actually the tallest building in the world! 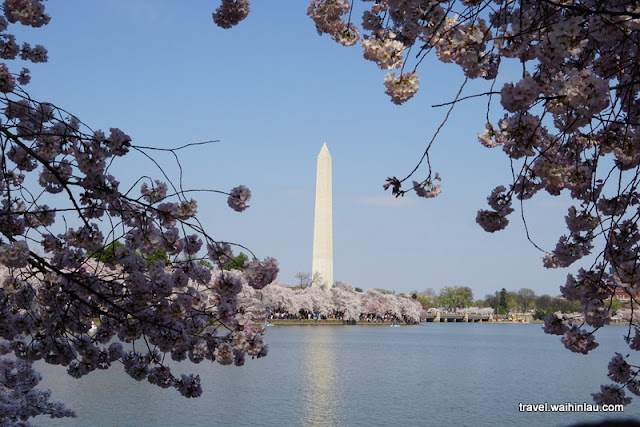 If you look carefully, you will actually see the two phases of the project since you can see the change in colour in the Monument. It you like, you can actually go up the Washington Monument, to do so, you can order tickets online for free but with a $1.50 service charge per ticket or you can go line up at the lodge and hope to get tickets on the day of. When we went, we were told that they were out of tickets shortly after they opened, with people starting to wait in line as early as 6:00am! We didn't end up going up the Monument, but it is definitely worth a stop and it is hard to miss since a lot of the things that tourists want to see will be in the area. 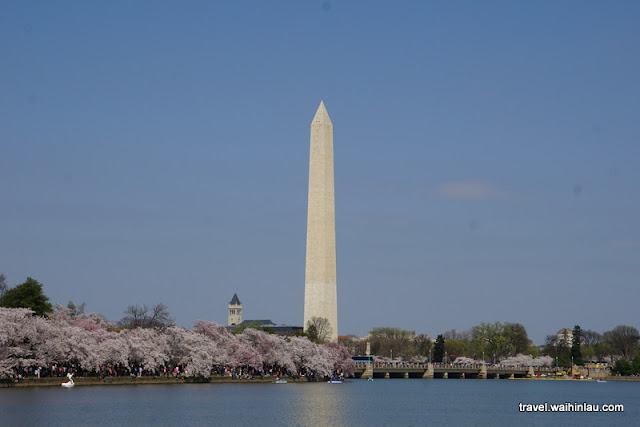 Since its completion in 1884, it has undergone several restorations including the replacement of the interior elevator multiple times. Visit the official site https://www.nps.gov/wamo/index.htm for more information.