I have visited Montreal several times now and somehow I don't think I have actually wandered any of the sites besides Old Montreal. During our last visit to Montreal, I decided that we should visit two of the larger and well known churches here and the first one is Notre Dame Basilica located downtown. 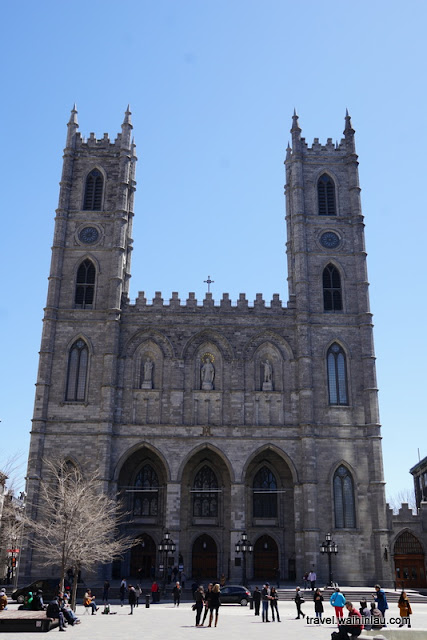 Strangely and I guess not quite surprisingly, Notre Dame Basilica as you see it today is not how it began. It was founded in 1642 as a small chapel and was converted into a larger church in 1657 where the construction was completed sometime between 1672 and 1683. It was again enlarged with construction beginning in 1824 and it was completed in 1830, the towers were completed by 1843. The organ there today was built in 1858! 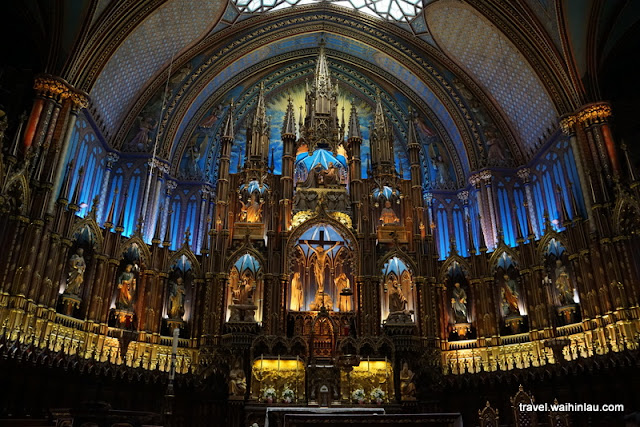 It received Basilica status in 1982 by Pope John Paul II and it became a National Historic Site of Canada in 1989. 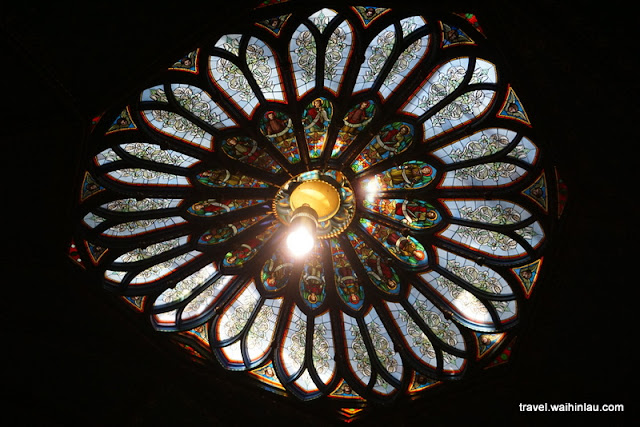 It costs $5 for regular admission or if you like you can come for a sound and light show in the evenings which is $10. There is no parking in the area, so try to get there on foot or by Metro with the closest station being Place-d'Armes. 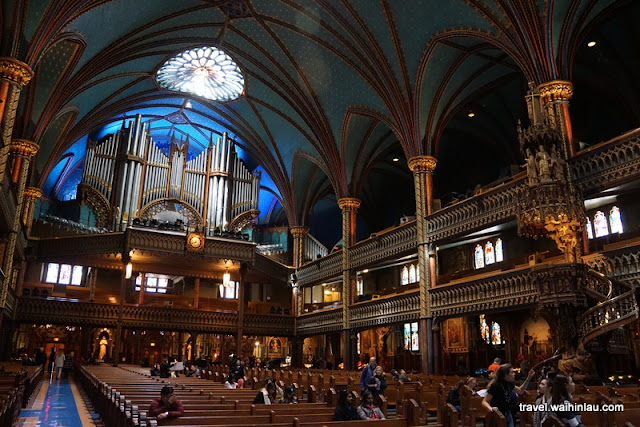 I personally think that it is worth a visit, I normally walk in with the feeling that I shouldn't be paying to see this, but it looked really nice in pictures and when you go inside, you will see why it is worth the cost, at least in my mind. Make sure to visit the chapel in the back, I think a lot of visitors don't even know that it is there since there were only roughly 10 people there when I went in the afternoon.