While in Prague, I think it will be pretty hard to miss the Charles Bridge which was built in 1357 and took until 1402 to be completed, which was built by King Charles IV. This bridge was built to replace the first stone bridge to span the river which collapsed in a flood in 1342. Although it was supposed to be known as the Stone Bridge or the Prague Bridge, the name Charles Bridge has stuck since the 1870 and has been called this since. The architect behind the Charles Bridge is actually the same as St. Vitus Cathedral which is located in the Prague Castle, Petr Parléř. 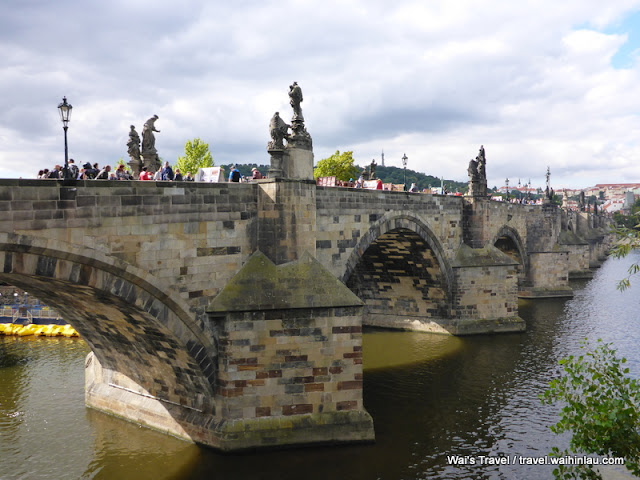 At each end of the bridge there are towers, each named after the town it connects, one called the Lesser Town Bridge Towers and the Old Town Bridge Tower. Between 1683 and 1928, 30 statues of saints were carved and placed on the bridge as decoration. Now, all the statues are just replicas and the originals are stored at the Prague Museums for preservation.

When I went in September 2015, there are a lot of street vendors that straddle the sides of the bridge, so it will feel a bit cramped especially if you happen to cross it when there are tour groups going across as well. Note that if you want to avoid the crowd, there is another bridge just up the river but I think it is worth a stop to see this bridge, the oldest in Prague.