One of my goal sights to see when we visited Ireland for our honeymoon was Giant's Causeway, located at the tip of Northern Ireland (which is oddly part of United Kingdom and not Ireland itself). When we landed, we immediately drove to Belfast, stayed the night and first thing in the morning, we went to visit Giant's Causeway (well, after Dark Hedges). 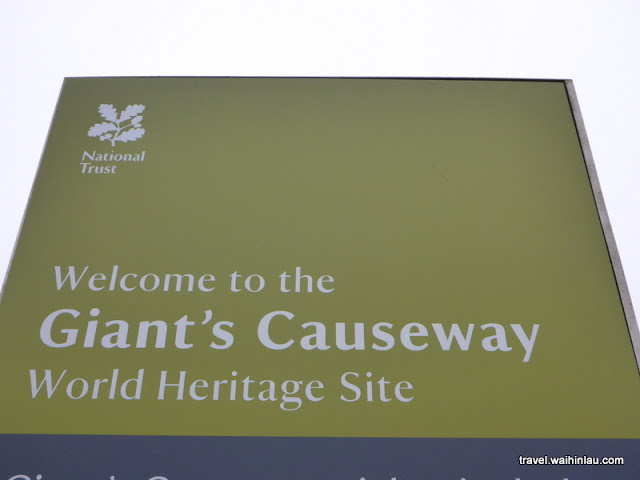 Giant's Causeway is own and managed at the National Trust and is actually a UNESCO World Heritage site as of 1986. The site itself consists of over 40,000 interlocking basalt columns which were formed as a result of ancient volcanic eruptions in the past. The basalt columns themselves are normally hexagonal (6-sided), however, they do come in various other shapes as well. 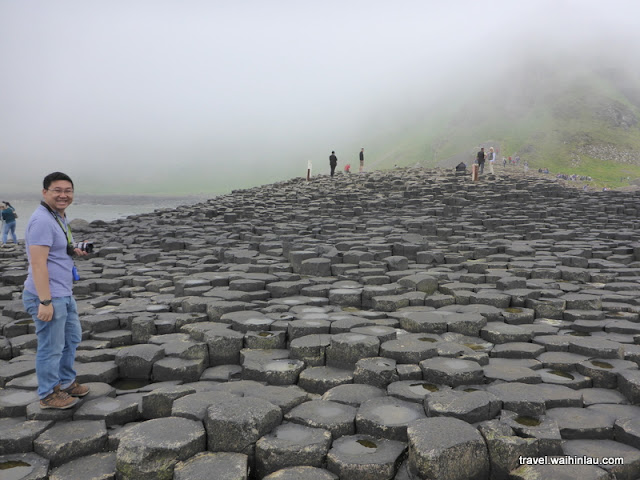 If you decide to come, do note that while parking seems free, they do check that you paid for admission and this is per person, £9.00 per adult at the time when we went. It is a bit cheaper if you purchase the tickets online. 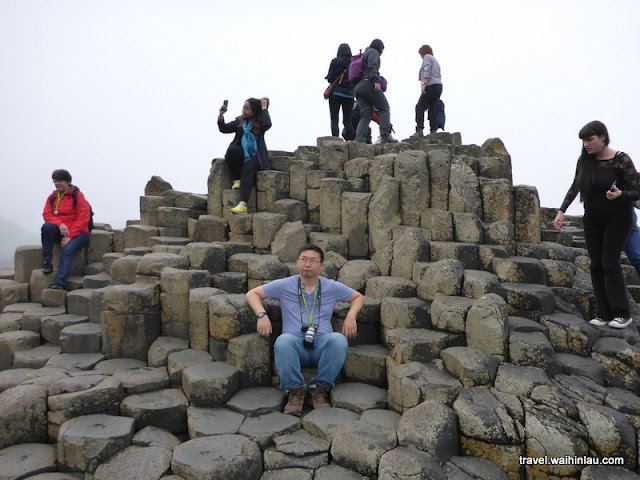 When we went, we lucked out and there was a free tour which lasted about an hour and happens on the hour and it talks about the history of the site, how the rock formations happened and what the National Trust does with the funds that it receives from admission. I thought the tour was a good intro to how this place came to be and added to the experience. Without the tour, I think the site is still very interesting and neat, however, I appreciated it a bit more. The tour itself ends at the site of the basalt columns and you are free to wander around however long you like. 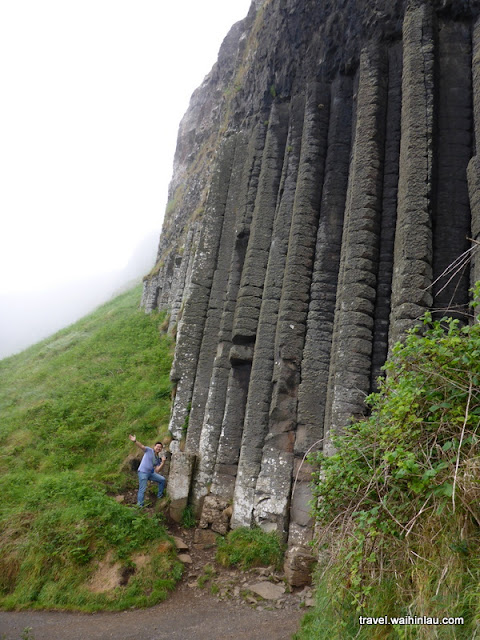 We arrived early and beat the tour buses, so I would suggest that you try to do the same. We noticed when we left at around 1pm that the tour buses have arrived and it was getting busier (although less busy than I imagined). So if you want less tourists in your photos, go early! 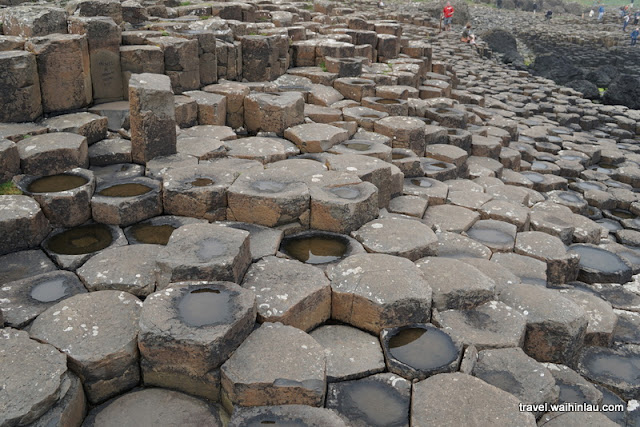 The site was very interesting and worth a stop in my opinion. One of my three favourite sites that we visited while in Ireland. We spent about 3 hours here and this included the one hour tour, and two hours of us wandering around and taking in the site and taking lots of photos. You can actually spend more time here since there are several hiking trails that are available, however, due to the hazy weather, we decided against doing the extra hikes and we just did the red hiking trail which I definitely recommend. 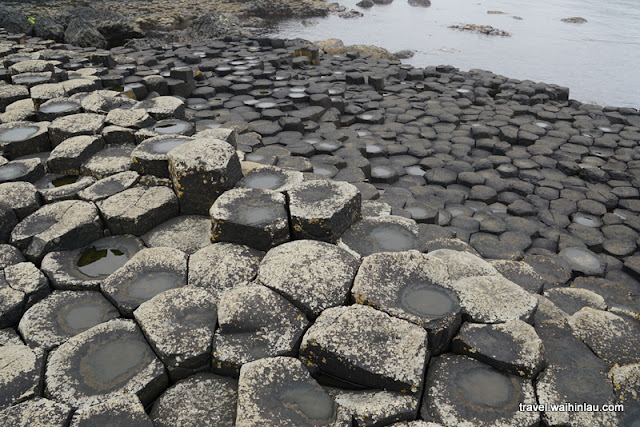 For more information, visit the official website at http://www.nationaltrust.org.uk/giants-causeway