Tree Goats of Morocco, not a name of a type of goat, but rather, a gathering of goats that like to climb up Argania trees which are commonly located in southwestern Morocco. 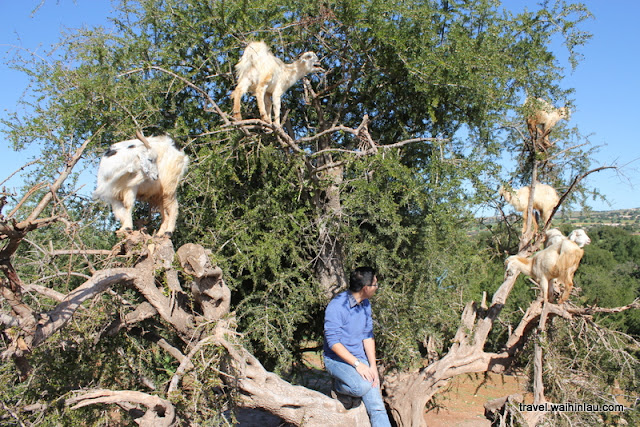 Argania trees produce argan which are commonly used for argan oil which is used to food as well as cosmetic products and these goats are attracted to them. So much so that they actually climb up the trees to eat them. 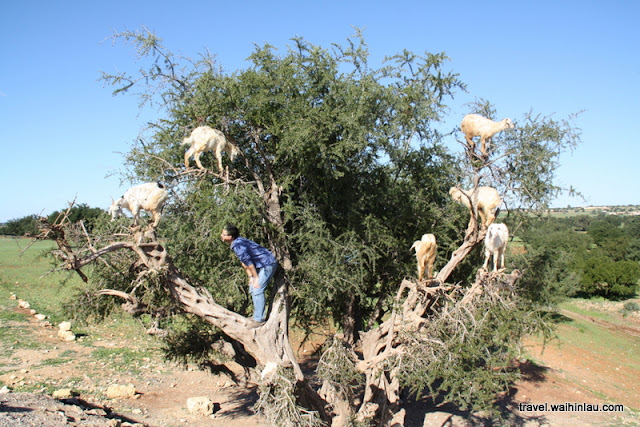 When we visited Morocco, we hired a private driver who would drive us around based on where we wanted to go and we stopped at a random tree and we saw the goats along with what looked like a shepherd. We got to take some pictures and ended up on our way, however, the shepherd was actually expecting to get a tip from us for taking pictures of his goats in the tree. It made me wonder whether this was staged or not, but accordingly to Google Searches, these goats do climb up trees, so I'm not really sure what to say. 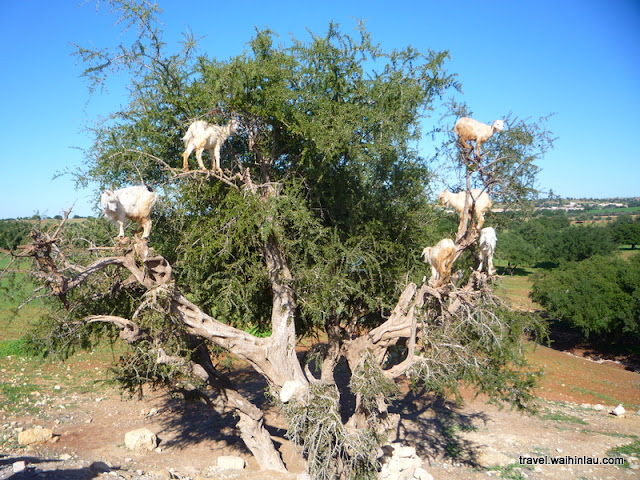 I thought it was very neat to see since I have never seen anything like it before and if you are in the area, maybe you will see this as well. 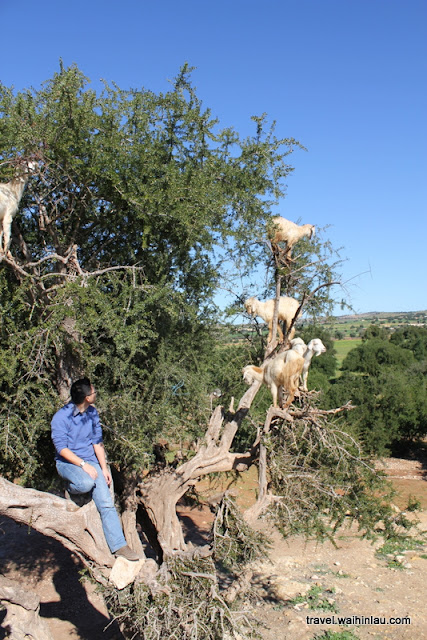 Email ThisBlogThis!Share to TwitterShare to FacebookShare to Pinterest
Labels: Morocco, Past POIs, Tree Goats of Morocco