During our recent visit to Michigan for Black Friday, we stopped at a local attraction, Crossroads Village and it was a neat attraction but small. 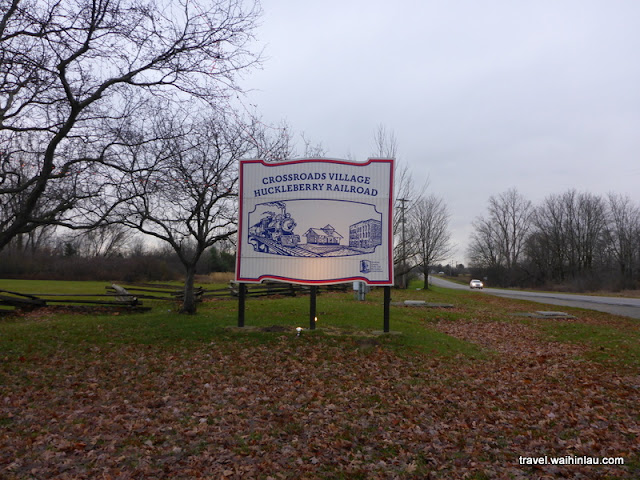 Located in Flint Michigan, Crossroads Village is a historical replica of a village of the 1800's and they have historical buildings that were either there or relocated from the surrounding area and potentially repurposed for this village. Some of the buildings include a print press, a barber shop, and an opera house. 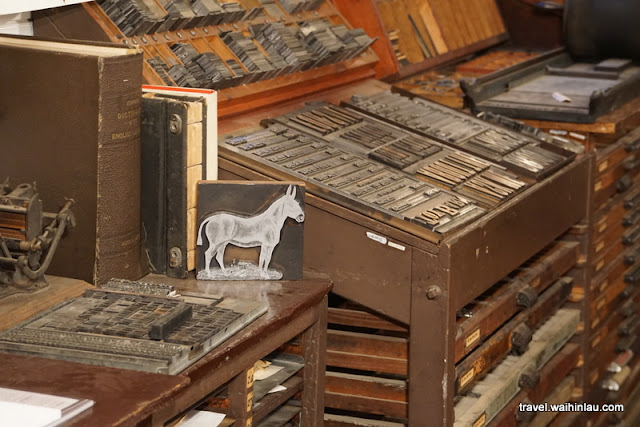 The village itself is not very large, when we talked to the ticket office staff, he said that it would take about 20 minutes to walk the grounds. Ask for a map so that you can find out what all the buildings are and just ask about what is going on that day so you know when/where to go to things. 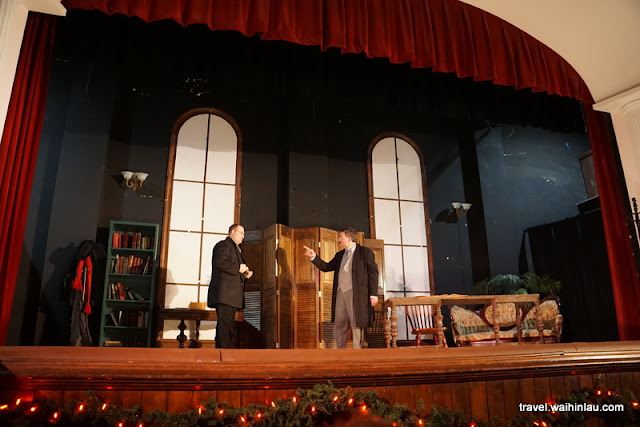 When we went on the day after Thanksgiving, it was also the Christmas Day celebration which has the Christmas Tree lighting ceremony, accompanied by fireworks afterwards. Unfortunately due to the weather (it was raining and getting cold), we did not wait for these, but it sounded like it would be a neat experience. We were told that the Christmas Tree lighting ceremony would take place at 7:15pm, so if you are interested, you may want to come for the buffet as well (which we didn't take part in). 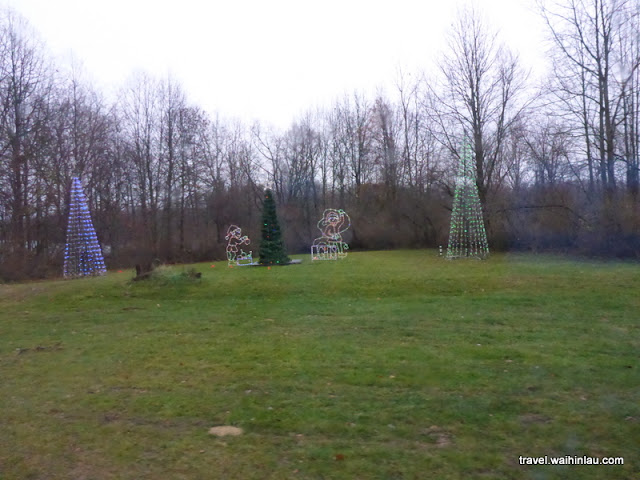 What we did end up doing was seeing a show, which was holiday themed, it happened at 5:30pm but I know that there was another at 6:30pm as well. It lasted about 15 minutes and it was a live production in an old theater building which was a neat experience. 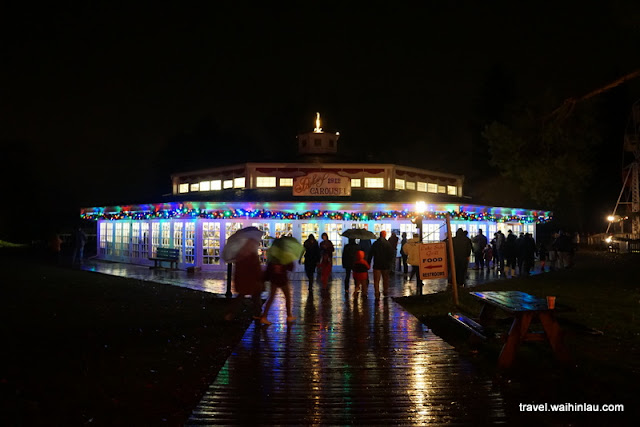 We also went to the print house which had a staff there talking about how the print press worked in the past and he spoke about the buildings that we could see and where they came from.

Went to line up for a photo with Santa. Wandered the grounds after and saw the carousel (which was built in 1912 and relocated to Crossroads in 1991), although we did not go on the ride. 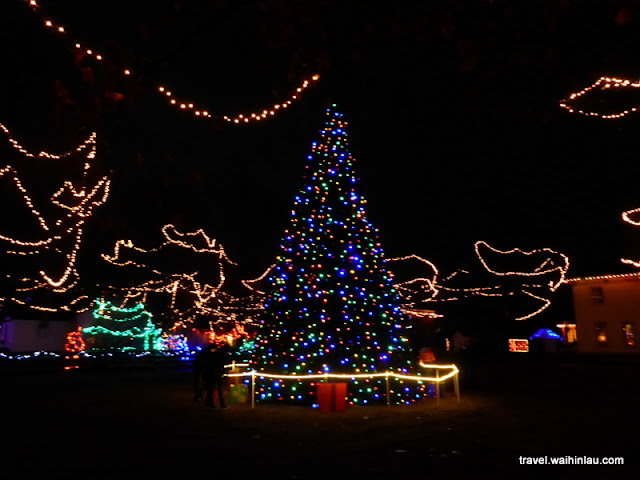 Everything that I mentioned that we did was included with the price of admission (show, Santa). The train was extra. The place reminds me of similar villages that I have visited in the past such as Black Creek Pioneer Village in Toronto, Canada and Bunratty Castle and Folk Park in Bunratty, Ireland. However, Crossroads Village was very small by comparison, but I think the price reflects this (it was $10 USD in 2016, $15 USD for admission + train). I can't say for sure I would recommend it when the grounds do not have a theme to them since it is a bit small and you would probably run out of things to do pretty quick, but with the theme, it did mean that there was more to see and do while we were here.

For more information, visit their site at http://geneseecountyparks.org/crossroads-village/