During a roadtrip, I use Roadtrippers to find some interesting points of interest that are normally along our route just to break up the drive a bit instead of stopping at the usual pitstops like Enroutes in Ontario. It was recommended to me by Mike and has worked pretty well for when we are in the USA, however, it is a bit disappointing when used in Canada since there seems to be less things to see. 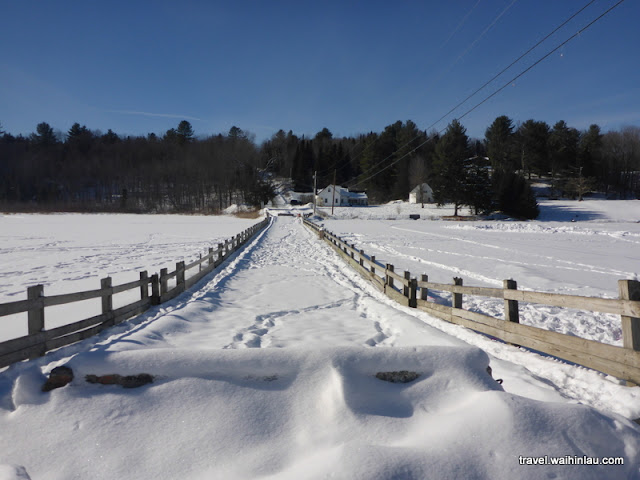 Anyways, during our winter roadtrip through Vermont, we stopped at the Sunset Lake Floating Bridge and let me tell you, it was disappointing and confusing to see during the winter time. We came here in February 2014 and it was covered in snow and we both looked at it and wonder, 'that's it?' as though we were missing something. Actually, do this day, I thought it was a weird stop and it was because we didn't know the history behind this bridge and actually when we went, it was still under repair and not open to cars. 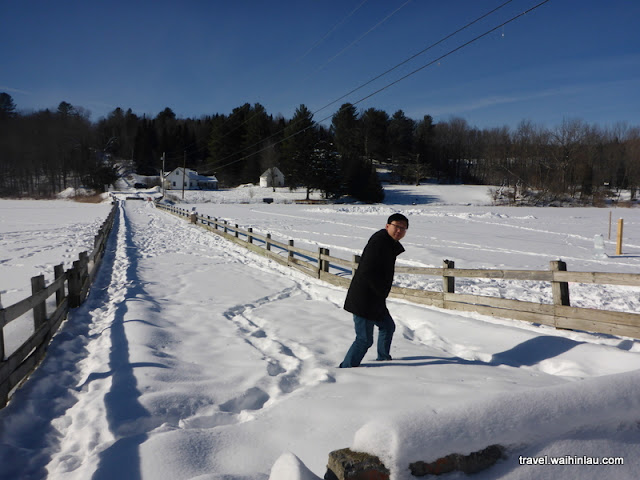 This floating bridge is actually floating, there are no usual columns that hold up the bridge and this is due to the  fact that the lake is too deep to build the columns to hold up the bridge. So when this bridge was made, it was built on top of floating barrels. It was built in 1820 and has actually been rebuilt 7 times since then with the latest iteration being finished in 2015 at a cost of $2.4 million. 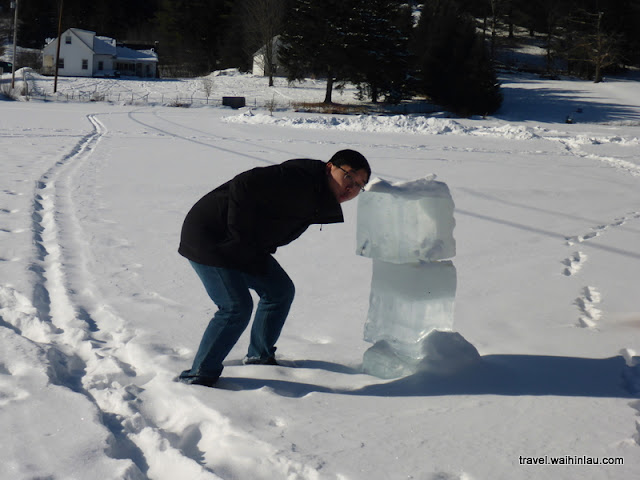 I think if you are in the area, you should probably pay it a visit outside of wintertime since you won't understand what you are seeing/standing on. The bridge itself is designed to accommodate both vehicles and pedestrians where it has room for one lane of traffic and two raised sidewalks on each side for pedestrians. It sounds like when there is a vehicle on the bridge, it will actually sag due to the extra weight on it which sounds neat when I write about this, but worrisome if I were to be driving along it.

Also, this is one of only a handful of floating bridge in the country!

Come back next time for another Past Point of Interest!