The Miniversum in Budapest, Hungary was actually an unexpected stop when we walked by it. Allison's brother suggested that we visit since he was there not too long before we went and it was quite the surprise.

It is ranked highly on TripAdvisor and if you are into the idea, you will see why (even if you aren't, you might end up enjoying it). I wasn't fond of the idea since I was never into miniatures, but I thought it was worth a shot since it was recommended. Inside Miniversum is a collection of miniatures based on different regions of the world. You will see hills, buildings, trains, civilians, just to name a few things. 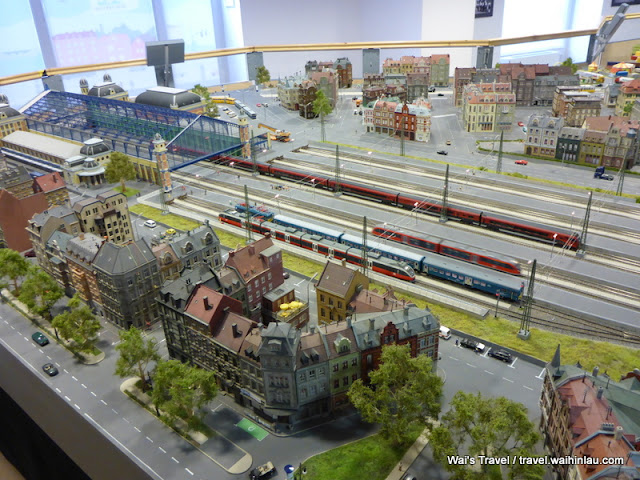 My enjoyment of the place was through the series of buttons and dials that allow you to interact with the miniatures every few feet you walk as you go through the attraction. The buttons and dials will trigger things like lights, sounds, helicopter propellers just to name a few and your goal is to find out what you are controlling. Along with this, there are plenty of funny situations that are there that you need to look out for or you will miss such as car crashes or even T-Rex. 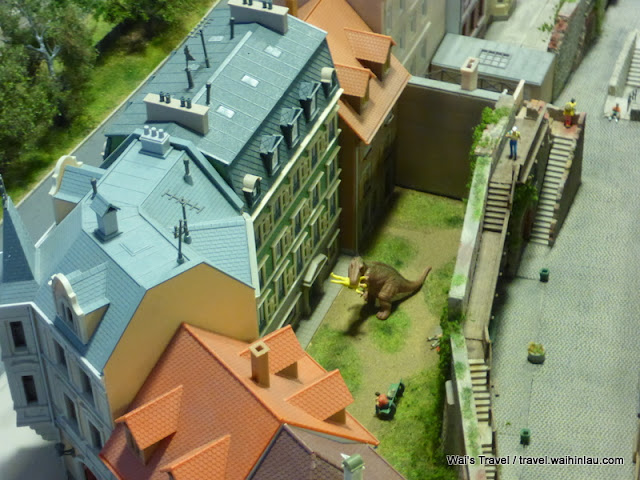 This attraction is actually quite new. The idea was conceived in 2012 and it was built and open to the public in 2014. Even as adults with no children, we all had a good time here and it took us roughly an hour to go through everything we wanted and it worked out well since we came when it was a rainy day and everything is indoors.

Pricing and times are posted on their website at http://www.miniversum.hu/en/