We seem to run across a good amount of statues while in Europe and Ireland is no different. Today I will be talking about the Molly Malone statue that we saw while in Dublin. 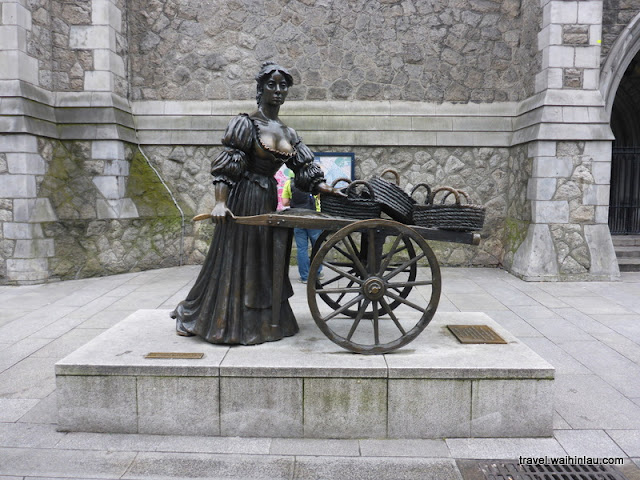 Oddly, we don't really think much about the statues that we wander by, we normally just snap pictures and just walk on our merry way to the next thing that catches our eye. For today's Past Point of Interest, Molly Malone is a statue based on a song actually and is a popular song in Dublin, commonly referred to as either Cockles and Mussels or In Dublin's Fair City. The statue was unveiled in 1988 and has been moved from it's original location on Grafton Street, Dublin to where it is now, Suffolk Street, Dublin.

Due to people being a bit curious, you will notice that there is a bit of a shine to her breasts. I probably could've learned all this from the plague in front of her now that I look at my picture, but who has the time for that!

Come back next time for another Past Point of Interest!
Posted by Wai at 7:00 AM