Today is day 1 of our trip to Greece leaving May 19 and returning on June 4. I'll be counting this as day 1 even though it was another full day of travel after because we left Toronto on May 19 at 4:00pm and arrive in Athens on May 20 at 9:00am and then fly to Santorini after that.

Our idea behind transferring at Athens to Santorini was that we left some buffer time in case any delays occurred but we did see a few people who went straight from Athens to fly to Santorini with less than 2 hours of a gap, so it is up to you how you want to approach this. The airport itself isn't very large, so you shouldn't have issues, however, if there are flight delays, you might be cutting it close. We hung out at the McDonald's at the Athens airport while waiting for our flight to Santorini in the afternoon. Ordered the Greek Mac to try since there weren't very many items that were different there. It wasn't very good and I would recommend just sticking with what you know. 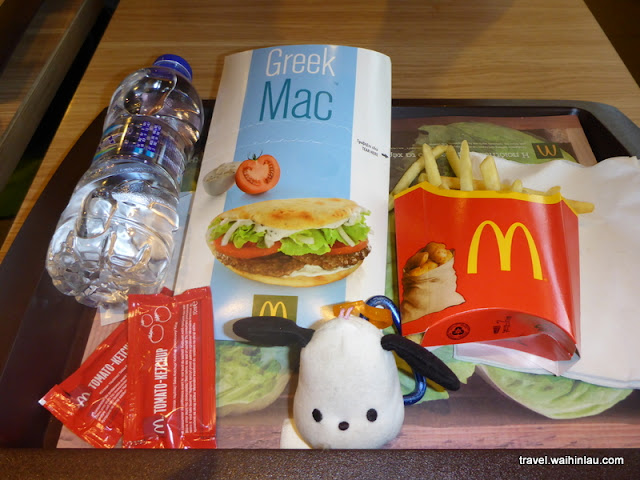 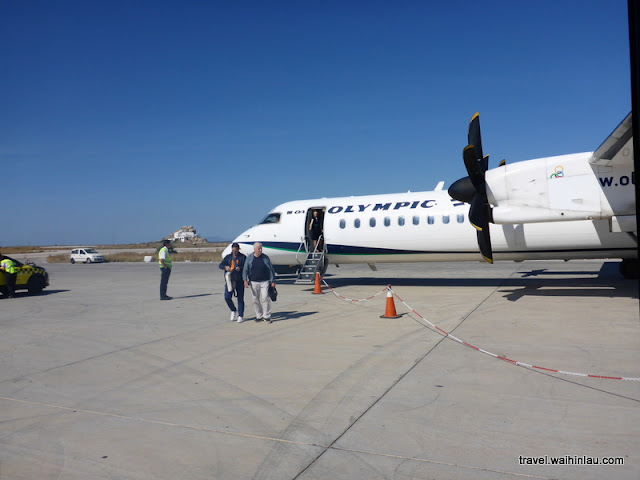 Our taxi was arranged with the hotel and it cost 20 euros to get there from the airport which seems pretty pricey but the other option was to wait for the local bus, but that only comes every hour. For convenience sake, we just paid for the taxi.

Santorini itself looks a lot more like a desert than I imagined. I don't know where I got the idea that it would be just as green as Toronto but that isn't the case. It is very rocky with trees and very little grass.

Our stay will be at Hotel Nemesis for the next 4 nights, just south of Fira which is the middle of Santorini. Nice little place, has a decent balcony (standard room, sea view on hotels.com), although it had a very small shower. It is just a 5 minute walk to the southern part of Fira.

Dinner was at Lucky's Souvlaki and it was good. Pitas are under 3 euros and plates were under 10 euros. We ordered the chicken plate and souvlaki pita with a fanta for 11,50 euros. 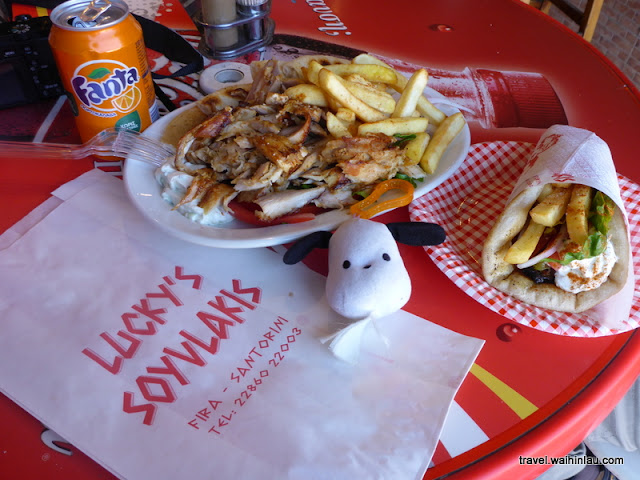 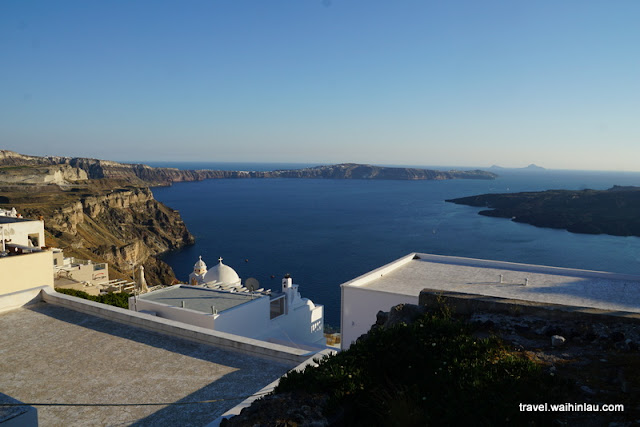 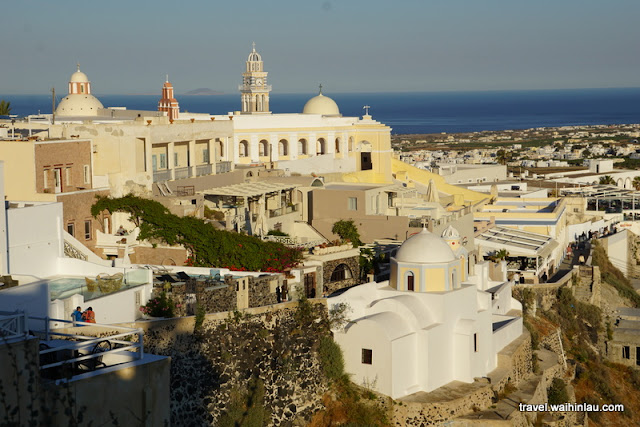 When we checked into the hotel, we asked them about renting an ATV for the following day which is what we will do tomorrow and drive around the southern portion of Santorini.
Posted by Wai at 7:00 AM