Tuesday, September 12, 2017. Today, we spend our day at Disney California. It is low season when we came which meant that the price was cheaper and hopefully there will be shorter lines. When we went, you could pay $10 more a day and get access to MaxPass, which is a combination of their digital FastPass and their PhotoPass. Which of course we did, and I appreciated it since I didn't need to be the photographer, although you have to hope that their photographers would do a decent job.

FastPass allows you to skip the regular line and join the FastPass line which goes faster. PhotoPass allows you to download all the photos that are taken at the park by either the photographers there or the ones that get taken on rides.

Breakfast was not included in this hotel, so we just got some snacks beforehand. The park opens at 10:00am when we went and we got there a bit earlier to get in as early as we could. First ride, Paradise Pier rollercoaster. I did this one solo since Allison did not want to go. This was actually quite a fun and long rollercoaster ride. If you like rollercoasters, give it a try.

Next, the ferris wheel. It is a nice relaxing ride. You do have the option to go on the swinging gondola if you like but we opted for the regular, non-moving gondola.

Radiator Springs was our first actual ride that we got through the FastPass and we got there for 11:30am. This ride is quite fun! I didn't actually know what to expect of these rides and I found out that it tells you the story that the movie covers in a shorter period of time. One of their newest rides and well worth it.

Guardians of the Galaxy Breakout next and we got there for 12:45pm. This is an odd ride. I'm not quite sure what to say about this but there is a lot of up and down movements and some where you are literally floating. Imagine if you are in an elevator, but it not only freefalls, but it also goes up for some odd reason.

Midway Mania is next and we made it for 1:30pm and it is a shooting game where you are trying to beat the person next to you. You sit in a pod with two people in the front and two in the back and you are driven around with screens that you need to shoot with a mounted gun. It is a fun ride. It does have 3D glasses required which I thought wasn't well used.

Ariel's Underwater Adventure was next which is basically a shortened version of Little Mermaid. It was alright.


Lunch at Ariel's Grotto was next for 2:40pm. It is a 3 course meal which includes pictures with Ariel as well as some princesses. I am told that the amount of princesses and which princesses are random, except for Ariel. We got to see Ariel, Belle, Tatiana, Rapunzel, and one more.

For lunch, we ordered the soup which was the starter and we got the tri-tip and the catch of the day for our main courses. The food was actually surprisingly good, at least compared to what I expected or had in mind. The portions were also very generous.

Overall, I thought it was a good experience and it was $40 per person. Note, when you come in, there is a line up to take pictures with Ariel and you are later sold this photo by the photographer staff there for $35 (comes in a folder with several photos)! This photo is actually available for you digitally if you give them your PhotoPass card. The MaxPass paid for itself just for this photo.

By now, we actually were able to fit in all the rides that Allison had planned out based on what she wanted to ride and my input on things that I would like/not like. So, at this point, we decided to redo Midway Mania, and Radiator Springs before our final item which is World of Colours which starts at 8:15pm.

World of Colours is the lights and water show at Disney California. It is in the Paradise Pier area and is a bunch of scenes that are projected against the water. It does last around 20 minutes, however there are no seats, so be prepared to come earlier since it is first come, first serve in terms of where you stand. It was neat, much better than the watershow at Lima, Peru.

And, that was our day. Note, there are some fairly large time gaps between some rides, this has to do with one of a few things. Either we were wandering the area and exploring, taking pictures with the photographers (when we went, they looked like safari people with DSLR cameras on them), or we were lining up for character encounters. Character encounters are when you get to chat and take pictures with the characters that are related to the theme park. In this case, we saw Mickey, Minnie, Elsa, Anna, Pluto, to name a few. 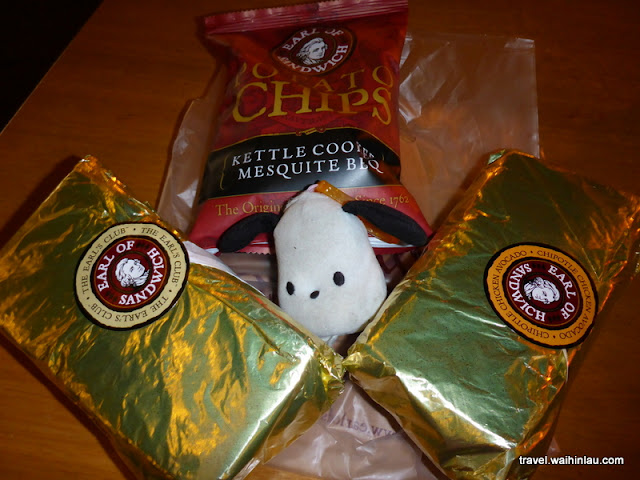 Dinner was at Earl of Sandwiches which is in the Downtown Disney area and it is surprisingly good and not very expensive. Have a look if you are here.

Tomorrow, we visit Disneyland.
Posted by Wai at 7:00 AM