When I think about National Parks for USA, I normally think of two, Yosemite and Yellowstone, however, with the experience that I had at Sequoia National Park, I wonder why it isn't higher or better known. 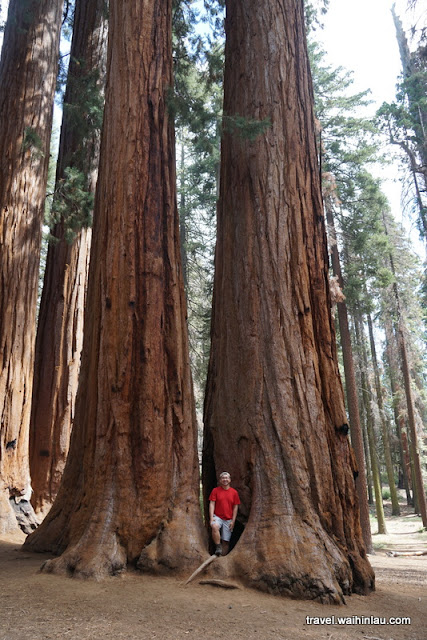 Sequoia National Park was ranked 65 out of 374 parks in terms of visitors in 2016 with 1.25 million visitors. It being roughly 3.5 hours away from Yosemite, if you are in the area, I'd suggest paying them a visit if you can. 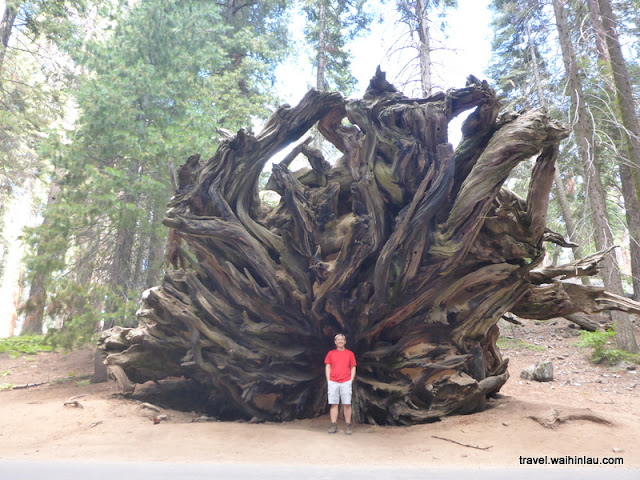 The main tourist attraction here are the large Sequoia trees which are the biggest (in volume) trees in the world. When we drove in from the south, as the driver, I immediately stopped after seeing the first set of really large sequoia trees. My wife told me not to freak out over them since they were small ones, but that didn't calm my excitement for seeing them and taking pictures with them. 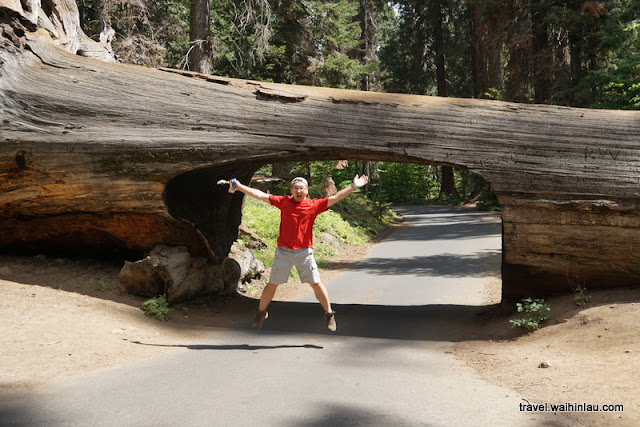 As you drive inside, you will see more and more of them, some that have toppled over and are actual attractions for visitors. For example, there is a tree that has fallen over and they carved an opening so that car could drive through the tree itself! Also, there is another fallen one where you can walk through it.

And then, there are the two main trees that people should look out for, the General Sherman and the General Grant. 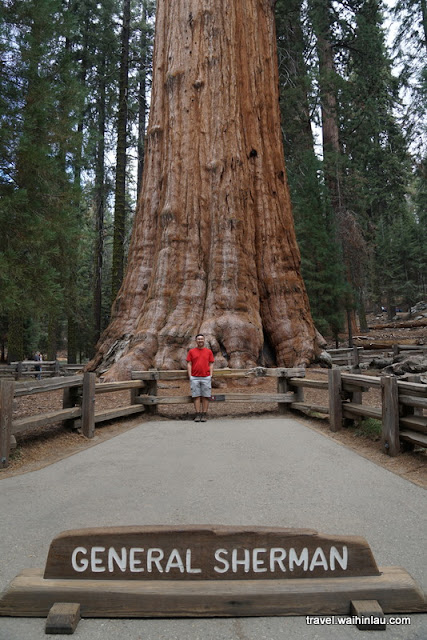 The General Sherman is currently the largest tree in the world and you can see why. Oddly, you can't actually get up close to any of the two main trees since they are surrounded by fencing, but when I got up close, I was amazed. How could something this large exist?

The General Grant, unfortunately was missed by us due to poor signage and my reluctance to wander to see if another tree at the Grant (and it was). It isn't the largest tree, but very large nonetheless.

Admission may change annually, so, check the official website https://www.nps.gov/seki/index.htm.